For CNN Concatenated (2002), Omer Fast composed an 18-minute monologue from CNN footage acquired around September 11, 2001. Fast began assembling simple sentences from broadcasts before the terrorist attacks, but soon realized his piece would need to shift focus once they occurred.

“Through that footage, the challenge was to articulate a voice,” he says. Omer considers the artwork’s voice, which he describes as “urgent, demanding, aggressive, and scared,” as his doppelgänger. In response to the time during which it was made, CNN Concatenated asks questions like “Where do we go from here? What do we know? How have we changed?” 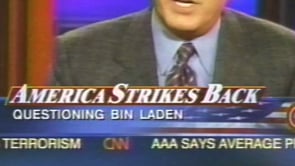 Join Art21 for the first in a series of free digital programs presented in conjunction with the upcoming new season of Art in the Twenty-First Century.

The program will begin with a screening of artist Phyllida Barlow‘s segment from the Season 10 “London” episode. Following the screening, the artist will be joined by Daniel Baumann, Director of Kunsthalle Zürich, for a conversation and Q&A.

Admission is free, but advance registration is required. Details will be sent with registration.

#Art21GreatestHits—Liz Magor: Everyone Should Have A Studio

When asked to share a favorite film from our library, Bob Crothers, beloved Art21 trustee emeritus, approached the prompt with great deliberation. “I, of course, have lots of favorite Art21 videos,” said Bob, “but one of mine is the one that captures the combination of humility and determination in the work and thinking of Liz Magor.”

“‘Everyone should have a studio’ is the line we take away from her video, but I’m taken with her insights extending from the beautiful solution to a problem that the bottom of a grocery bag represents to her and her belief that art is the nonessential assignments we all give to ourselves and then complete successfully on our own.” 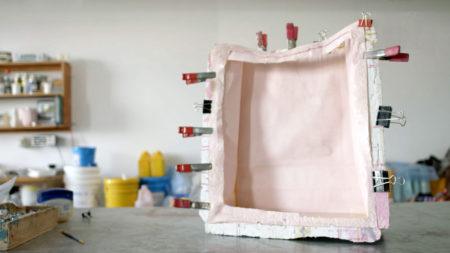 Everyone Should Have a Studio

Tune in to our new season next week

Premiering next Friday is an all new season of our flagship Art in the Twenty-First Century series—our tenth season. Across three new episodes, the new season follows twelve artists and one collective, charting artmaking in London, Beijing, and regions around the United States-Mexico border.

Tune in live on PBS (be sure to check your local listings) or stream the full segments and episodes from the PBS Video app and our very own Art21.org.