Omer Fast discusses CNN Concatenated (2002), an 18-minute monologue he composed from CNN footage acquired around September 11, 2001. Fast began assembling simple sentences from broadcasts before the terrorist attacks, but soon realized his piece would need to shift focus once they occurred.

“Through that footage, the challenge was to articulate a voice,” he says. Omer considers the artwork’s voice, which he describes as “urgent, demanding, aggressive, and scared,” as his doppelgänger. In response to the time during which it was made, CNN Concatenated asks questions like “Where do we go from here? What do we know? How have we changed?”

History
Video
How It's Made Omer Fast’s multichannel video installations blur the boundaries between documentary, dramatization, and fantasy, frequently generating viewers’ confusion. Fast often anchors his narratives with a conversation between two people—whether subjects recounting their own stories or actors playing roles of interviewer and interviewee. As dialogues escalate in tension, portraits of carefully calibrated identity emerge. Through repetition and reenactment, multiple takes of given scenes build shades of interpretation as a story is told, retold, and mythologized.

“Through that footage, the challenge was to articulate a voice.” 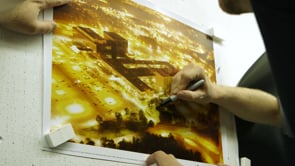 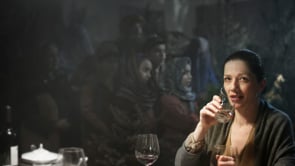 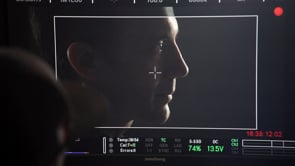