From his Brooklyn neighborhood, Leonardo Drew reflects upon the influence of Piet Mondrian on his own work. “As different as my work looks, Mondrian is actually right in there,” says Drew, whose work is often built around the same gridded compositional structure that Mondrian innovated. Drew visits Mondrian’s grave in Cypress Hills Cemetery—which is nearby his Brooklyn studio—where visitors often leave paint tubes and other offerings.

Drew and his artist friend Paul Pagk first found Mondrian’s grave in 2009 at a time when the cemetery did not realize Mondrian’s notability. After an article titled “Remembered at MoMA, Forgotten at the Cemetery” was published about Drew and Pagk’s discovery, the cemetery installed a sign at Mondrian’s grave identifying the artist as “notable.”

History of Art
Being an Artist Although often mistaken for accumulations of found objects, Leonardo Drew’s sculptures are instead made of “brand new stuff”—materials such as wood, rusted iron, cotton, paper, and mud—that he intentionally subjects to processes of weathering, burning, oxidation, and decay. Whether jutting out from a wall or traversing rooms as freestanding installations, his pieces challenge the architecture of the space in which they’re shown. Never content with work that comes easily, Drew constantly reaches beyond “what’s comfortable” and charts a course of daily investigation, never knowing what the work will be about but letting it find its way, and asking, “What if….” 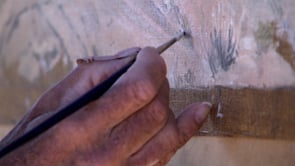 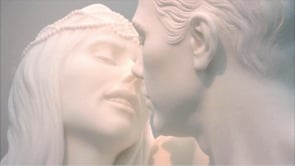 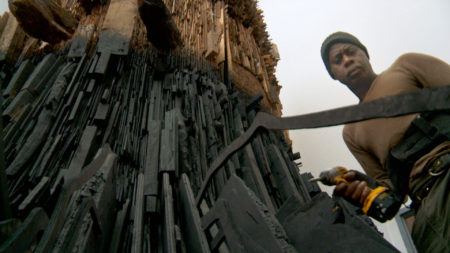 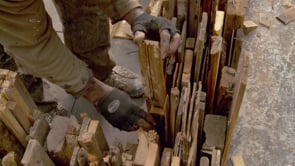