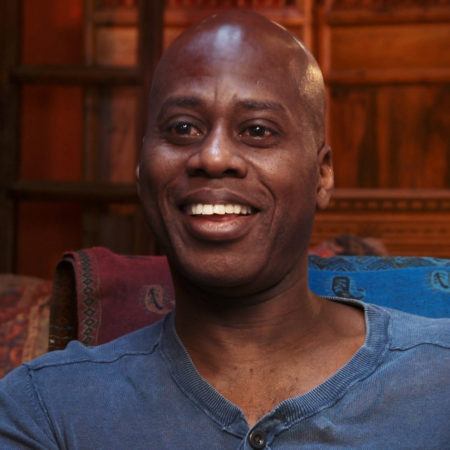 Leonardo Drew was born in Tallahassee, Florida in 1961, and grew up in Bridgeport, Connecticut. Although often mistaken for accumulations of found objects, his sculptures are instead made of “brand new stuff”—materials such as wood, rusted iron, cotton, paper, and mud—that he intentionally subjects to processes of weathering, burning, oxidation, and decay. Whether jutting out from a wall or traversing rooms as freestanding installations, his pieces challenge the architecture of the space in which they’re shown.

Memories of his childhood surroundings—from the housing project where he lived to the adjacent landfill—resurface in the intricate grids and configurations of many of his pieces. Never content with work that comes easily, Drew constantly reaches beyond “what’s comfortable” and charts a course of daily investigation, never knowing what the work will be about but letting it find its way, and asking, “What if….”