Apologies for the math. I know we all went into the arts to avoid just this sort of thing, but 2021 marks the tenth year of something very close to my heart—the New York Close Up project—and so I’ve been thinking about numbers a lot lately.

First there’s the firsts. Like the first shoot we ever produced, a quietly momentous day with the great Keltie Ferris at his Bushwick studio as the installers came to take his paintings away. There’s the first New York Close Up film we ever released, a split-screened portrait of shapeshifting performance and video artist Shana Moulton, “A Brief History of Shana Moulton & Whispering Pines,” which is still a top ten favorite of mine.

Fast forward ten years to 2021 and now we’re now in double- and triple-digit milestones. The 50th artist to come on board with the project was also the 100th film we released (total coincidence right?), the gorgeous “Loie Hollowell’s Transcendent Bodies.” There’s also the 100th(ish) film festival acceptance and online honor for the project in 2021, the thrillingly kinetic “Firelei Báez: An Open Horizon (or) the Stillness of a Wound” at the Oscar-Qualifying Reel Sisters of the Diaspora film festival.

But a film that I keep coming back to at this ten-year moment, representing a not-so-obvious but still crucial personal and organizational marker in the development of the series, is “Alejandro Almanza Pereda Escapes from New York.” Alejandro was among the first sets of artists that I, along with Art21’s brilliant former curator and New York Close Up co-founder, Wesley Miller, asked to join the project. The film was mostly Alejandro, myself, and a GoPro running around Brooklyn, Chinatown, and his Hunter College studio—and one of the funnest, freest experiences I’ve ever had shooting. It was really Alejandro’s sense of play and total openness that allowed us to make good on the series’ basic promise of capturing the art and lives of emerging New York artists.

Though the film was a high point in my personal on-location involvement as a director (and producer and DP and driver), it was also clear that it wasn’t just me that should get all the filmmaking joy. Independent filmmakers could and should realize the juicy narrative and visual potential our artists offered. Since those years, my proudest achievements haven’t been those increasingly small number of films I’ve personally directed, but films made by others. So thank you Lorena Alvarado, Bryan Chang, Vicky Du, Jia Li, Brian Redondo, Rafael Salazar, Christine Turner, Ava Wiland, and the myriad other filmmakers and Art21 staff. Those are folks who have truly gotten us to ten years, fifty artists, and one hundred films.

Art21 depends on your support

Thanks to viewers like you, Art21 has grown to be the go-to place to discover art and learn first-hand from some of the greatest artists of our time.

This season of giving, stand behind the voices of artists and become an Art21 monthly supporter. As a recurring donor, your support helps the entire organization moving forward and contributes directly to the production of enriching documentaries, thought-provoking interviews, and inspiring stories told by artists themselves.

Please consider donating to Art21 today. Your contribution, in any amount, helps ensure this extraordinary catalog of resources remains accessible and free to all. In gratitude for your support, with a monthly donation of $21, or a one-time donation of $250, you will receive a special Art21 beanie. Get one for yourself or send it to a fellow Art21 fan as a gift!

Iman Raad becomes an ambivalent non-ambassador to his culture How can context transfigure culture?

Prompted by the writings of anthropologist Alfred Gell, artist Iman Raad examines the complex relationships between an artist, an artist’s culture, and the context in which an artwork is received.

Raad recognizes the Western-centric perspective that typically dominates how art from “other cultures” is perceived on a global level, identifying the need to also consider for whom an artwork is intended.

“Being an ambivalent non-ambassador, I reject my work to, by any means, encode symbolic propositions about my culture or history,” says the artist. “But it indexes my culture naturally and deeply.”

Firelei Báez asserts the power of the female form

Drawing upon the rich folklore and colonial history of the Caribbean, Firelei Báez paints dramatically shapeshifting figures that assert the power of the female form—challenging fundamental ideas around beauty and agency.

“In having bodies in constant transition, it leaves it open for the viewer to shift ideas of power,” says Báez. “In that process, you shift the world around you.”

“That’s where beauty can be subversive.” Join Art21 on Saturday, January 22, 2022, at 1:00 p.m. ET for the latest installment in a series of virtual teacher workshops presented in collaboration with SFMOMA.

The January workshop, “Environmental Impacts,” will look at artists that explore the relationships between people and the environment, as well as raise awareness about our role in the climate crisis.

Registration is free, but space is limited.

Visit our education calendar for a list of upcoming workshops for educators.

From Nairobi to Beijing to New York City, our latest films gave a glimpse into the creative practices of seventeen artists, featuring:

Stream each film in full, along with nearly 70 hours of films from the entire Art21 library.

Weekly Watchlist: The Idea of Home 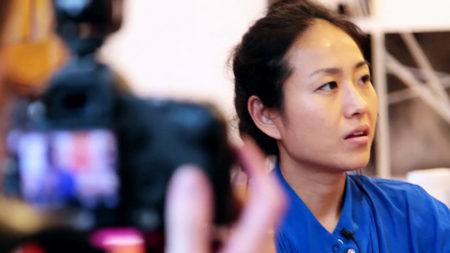