The Freedom to MoveShaun Leonardo

How can splintered stereotypes become mechanisms for portraying a fuller self? Summoning experiences from his formative years, performance and socially-engaged artist Shaun Leonardo embarks on bold explorations of the ways that art has allowed him to expose and distort societal perceptions of Brown and Black people, and, in the process, make sense of his identity. Born to Latin American immigrants in Queens, New York, and recruited to play football at a private New England college, Leonardo recounts a seminal moment on the playing field: a beloved coach provokes him to play as if he was “just let out of Rikers.” For Leonardo, the incident revealed the hypervisible and dehumanizing ways that Black and Brown bodies are perceived, setting him on a path to seek ways that he might exist more fully and freely in his body.

Leonardo recounts early performances of El Conquistador vs The Invisible Man (2006) and Bull in the Ring (2008), which drew upon his experiences as a former athlete. In each, Leonardo puts himself through physically exhausting processes, reflecting violence and hypermasculinity back to the audience. In more recent works, such as Primitive Games (2018) and Mirror/Echo/Tilt (2019), he engages participants in movement workshops and nonverbal storytelling exercises as a way of understanding their own experiences.

Spurred by the police killings of young Black men, Leonardo reflects on the community of his youth and asks, “Why me? Why was I the one that was able to make it out?” This questioning led Leonardo to more direct action with Assembly, an arts diversion program for court-involved youth that he co-founded with the non-profit organization Recess in 2017. Since that time, Leonardo has grappled with the philosophical crisis of operating within a criminal justice system, but remains committed to directly engaging with and caring for the participants. “Being able to exist in your own body and understand that you do not need to be defined by an experience—arrest and incarceration—allows you to move forward with a little more sense of joy,” says the artist. “To get anyone to start imagining possibilities for themselves again, that is what we all should be after.” Shaun Leonardo was born in 1979 in Queens, New York, and lives and works in Brooklyn, New York. Through drawing, performance, and public participatory workshops, Leonardo explores the constraints of masculinity and the ways that systems of oppression and violence have crafted and contorted societal expectations of Black and Brown bodies. In his work as a multidisciplinary artist, Leonardo is informed by his past experiences as an athlete and an educator; physical embodiment and community dialogue are key tools of his practice.

“By being able to exist in your own body and understand that you do not need to be defined by an experience, it allows you to move forward with a little more sense of joy.” 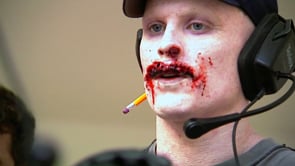 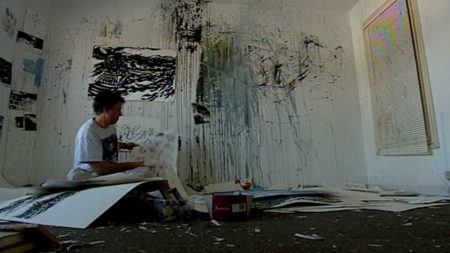