What makes a documentary radical? In this film, artist LaToya Ruby Frazier reveals the personal story behind a series of videos and photographs of her family in Braddock, Pennsylvania, a selection of which were exhibited in VideoStudio: Changing Same (2011) at the Studio Museum in Harlem. Employing and upending documentary traditions as a means to disrupt media stereotypes, Frazier collaborates with her mother and grandmother as fellow artists, giving them agency in depictions of themselves, their family, and the broader community.

Interrogating how the toxic geography of Braddock has shaped multiple generations of her family’s bodies and psychology, Frazier’s images of her hometown mirror complex social problems that beset America today such as class inequity, access to health care, and environmental racism. “The mind is the battleground for photography,” says Frazier, who creates images that “tell my story because it hasn’t been told.” LaToya Ruby Frazier was born in 1982 in Braddock, Pennsylvania, and currently lives and works in Chicago. An artist and activist, LaToya Ruby Frazier uses photography, video, and performance to document personal and social histories in the United States, specifically the industrial heartland. Having grown up in the shadow of the steel industry, Frazier has chronicled the healthcare inequities and environmental crises faced by her family and her hometown of Braddock, Pennsylvania. The artist employs a radically intimate, black-and-white documentary approach that captures the complexity, injustice, and simultaneous hope of the Black American experience, often utilizing her camera and the medium of photography as an agent for social change.

“It became very important for me to start to photograph myself in order to get these depictions from the outside world out of my own mind and to be able to realize that I’m more than that.” 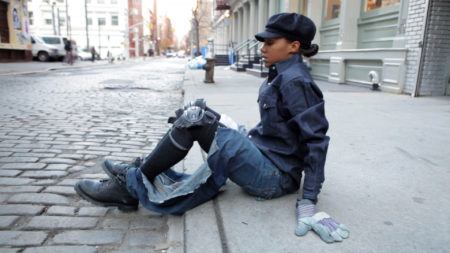 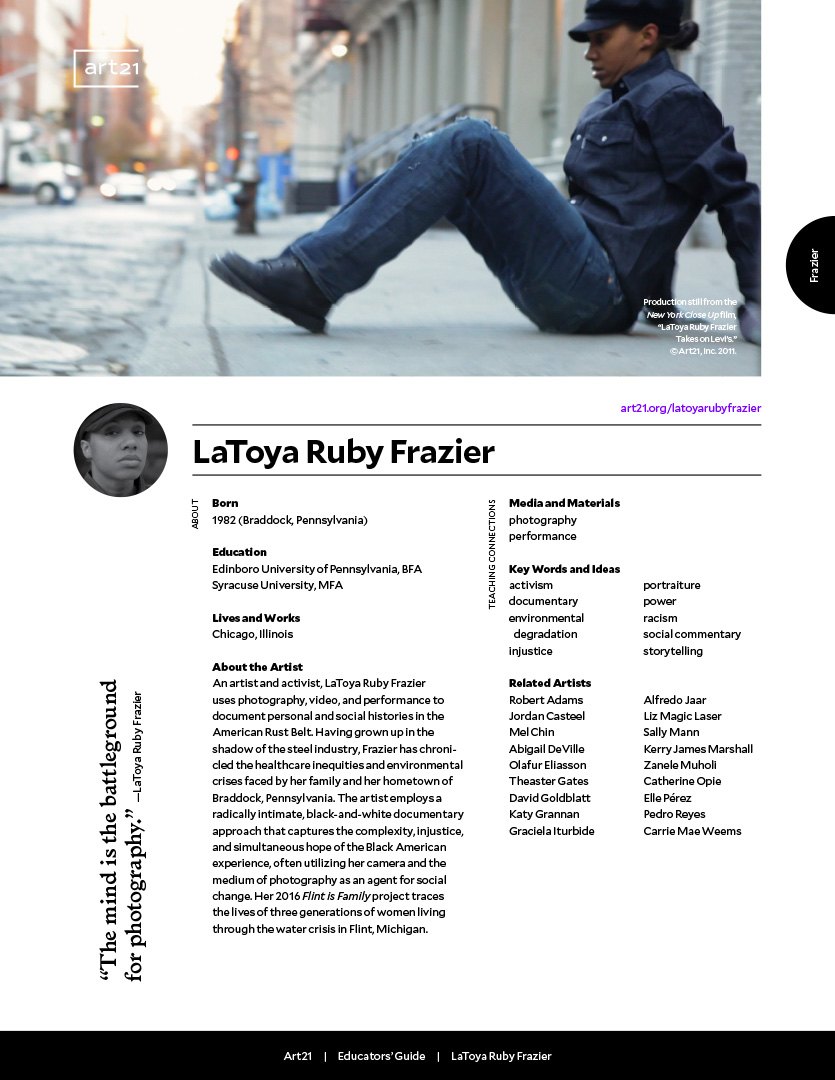 The questions and activities included in this guide are recommendations for incorporating Art21 films featuring LaToya Ruby Frazier into your classroom.