Originated by Mel Chin in 2006, “The Fundred Dollar Bill Project” invites students of all ages to participate in a giant performance artwork, designed to achieve financial relief for the destruction of New Orleans by Hurricane Katrina, and to educate the public on the dangers of lead poisoning through the environmentally responsible rebuilding of the impoverished city. Through the design of dollar bill-shaped artworks created by students, the youth of America found a vehicle through which they were able to visually communicate their sympathy and concern for New Orleans in the aftermath of the historically lethal storm. The student-created artworks are collected and brought to the Federal Reserve and Congress in Washington D.C. where an even exchange of the value of their art currency for actual funds or services is requested. Today, “The Fundred Dollar Bill Project” continues to raise money and spread awareness about the dangers of lead poisoning.

The collective performance’s rebuilding of New Orleans through “The Fundred Dollar Bill Project was seen by Chin as a collaborative action, where every contribution was valued and celebrated. Unconventional and politically engaged, Chin’s projects challenge the idea of the artist as the exclusive creative force behind an artwork. “The survival of my own ideas may not be as important as a condition I might create for others’ ideas to be realized,” says Chin, who often enlists entire neighborhoods or groups of students in creative partnerships. Through individual drawings, the voices of children and their families can be corporeally represented in a powerful call for a lead-free future.

This video was shot at George Jackson Academy in New York City, an independent middle school serving “bright boys from lower-income families” who participated in the project. Art teacher Gary Campbell worked with fourth- through eighth-graders at the school to create “Fundred Dollar Bills.” This school served as one of the collection centers for all bills created in New York State. Its students are featured discussing their involvement and thoughts on a then-destitute New Orleans.

Mel Chin’s art is both analytical and poetic and evades easy classification. Alchemy, botany, and ecology are but a few of the disciplines that intersect in his work. He insinuates art into unlikely places, including destroyed homes, toxic landfills, and even popular television, investigating how art can provoke greater social awareness and responsibility. Unconventional and politically engaged, his projects also challenge the idea of the artist as the exclusive creative force behind an artwork. 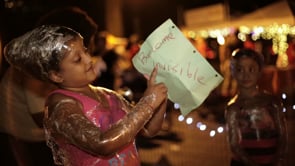 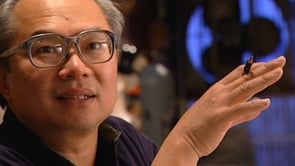 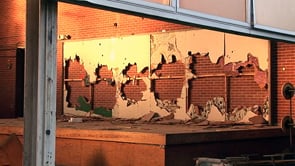 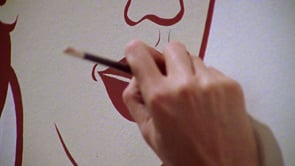