"The Alpine Cathedral and the City-Crown"Josiah McElheny

“Let’s design a world; an imaginary world,” Bruno Taut once said to his secret society of architects back in 1917. Known as The Crystal Chain, Taut and his followers aimed to create fantastical landmarks never intended for actual construction. Many of their ideas consisted of impossible structures, which while unfit for human habitation, exuded a sense of beauty and sleekness associated with modernist aesthetic.

This modern style is embodied today through the work of artist Josiah McElheny, whose typically reflective works echo Modernist notions of both literal and mental reflection. In this film, McElheny describes the historical influence of Taut’s utopian glass designs, as well as the role they’ve played within his own practice. McElheny’s The Alpine Cathedral and the City-Crown (2007) exists as an architectural model of Taut’s vision, epitomizing the sleek and crystalline structures Taut and his followers dreamed of in the wake of World War I’s senseless carnage. Josiah McElheny creates finely crafted, handmade glass objects that he combines with photographs, text, and museological displays to evoke notions of meaning and memory. Whether recreating miraculous glass objects pictured in Renaissance paintings or modernized versions of non-extant glassware from documentary photographs, McElheny’s work takes as its subject the object, idea, and social nexus of glass. Influenced by the writings of Jorge Luis Borges, McElheny’s work often takes the form of “historical fiction”—which he offers to the viewer to believe or not. Part of McElheny’s fascination with storytelling is that glassmaking is part of an oral tradition, handed down generation to generation, artisan to artisan. 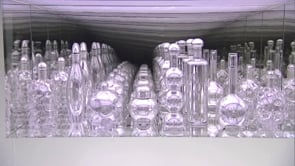 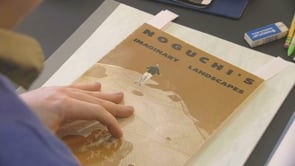