During a year where a virtual lens was best-case scenario for many of us looking to get a glimpse into the lives of others, we recognized that our work struck a new resonance amongst artists, students, educators, and viewers worldwide.

Celebrating its tenth season on PBS, our flagship Art in the Twenty-First Century series premiered three new episodes, charting artmaking in London, Beijing, and regions around the United States-Mexico border.

In addition to the twenty-two new films released throughout this past year, our audiences streamed films spanning two decades of Art21’s entire filmic output—a collection of over 65 hours of film—all free on Art21.org.

Whatever may have led you to stream an Art21 film this year, we hope that the experience delivered a moment of respite and a dose of creative energy. Thank you for tuning in!

From the entire Art21 staff, we wish everyone a joyous, prosperous, and inspired new year.

The office at the end of the tunnel We miss the office.

While we are fortunate to be safe and healthy—and to be in a position where we can continue carrying out our work—we’re excited for the day when we can all be back in our office together.

Our staff shared some of the things that we’re excitedly anticipating in our eventual return to the office, illustrated here by our Director of Development, Lauren Barnett. 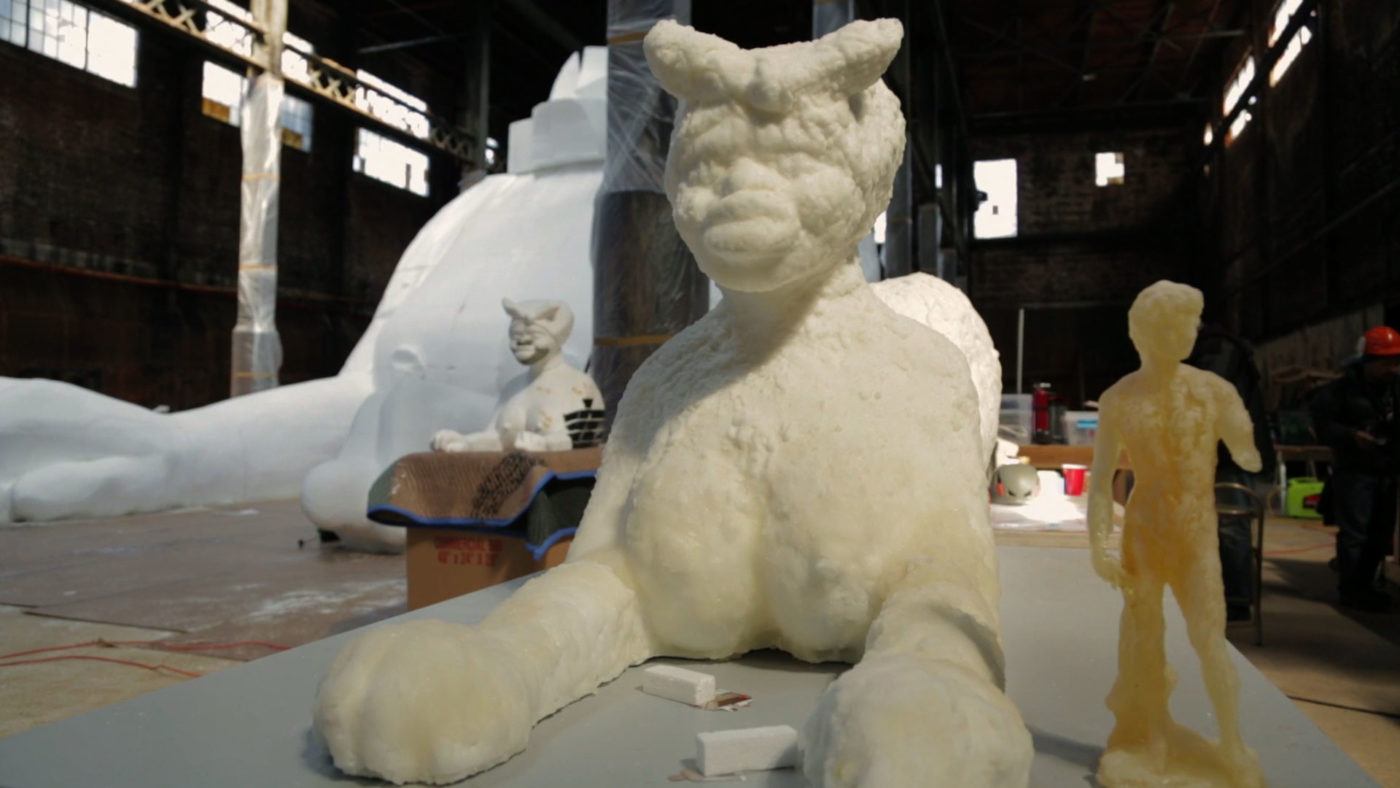 It gives us great pride to know that, in addition to the 22 new films that we released this year, our viewers dived deep into the Art21 film library. From homes and studios—virtual offices and virtual classrooms—viewers like you took time to revisit some of the Art21 classics.

Our most watched films of 2020 lends some insight into the creative and cultural zeitgeist of the past year.

Over ten years separate the pair of Kara Walker films that have become perennial favorites of Art21 viewers: a look at Walker’s monumental 2014 installation at the former Domino Sugar Factory in Brooklyn, and the artist’s 2003 segment from our “Stories” episode.

A pair of more recent films featuring Nick Cave have entered the realm of new classics: the artist’s 2016 segment from our “Chicago” episode, along with a film from our “Extended Play” series capturing the experiences around Black identity that fuel Cave’s practice.

Continuing the through line of identity is Kerry James Marshall‘s segment from our 2001 “Identity” episode—among our most watched films of all time.

Finally, another new classic from 2017 captures Julie Mehretu at work on two site-specific paintings for the SFMOMA atrium, in a film from our “Extended Play” series appropriately titled, “Politicized Landscapes.”

Ring in the new year with a creative boost from these and other films in our library at Art21.org and our 24/7 streaming channel at Art21.live.

From the Executive Director: We All Have Agency in Our Small World