After viewing, we invite you to watch four of the artists’ works featured in this film—in their entirety—exclusively on Art21.org through May 5.

Creative duo Nathalie Djurberg and Hans Berg discuss the feelings of shame, desire, happiness, and despair that go into making their clay-animation films and sculptures. Ultimately, the pair intend for their work to communicate the intersection of all these emotions—from joy to sorrow, fulfillment to disappointment, longing to repulsion—and that, as Djurberg puts it, “not one emotional state has ever lasted.”

At her studio in Berlin, Djurberg handcrafts the intricate clay figures that comprise their 2019 exhibition at Tanya Bonakdar Gallery in New York. Sculpting wolves, clowns, and skeletal half-human, half-animal figures for the films, Djurberg reflects on the process of bringing an idea from conception to execution—and the feelings of shame and disappointment that often accompany her. Meanwhile, Berg composes the music for their films, pushing the emotional tone of Djurberg’s creations. As figures claw at one another in the film, How to Slay a Demon (2019), Berg explains, “I wanted the music to be almost like the voice of addiction: very hypnotic, alluring, almost like a siren song luring you in.” Blurring the line between desire and disgust, the final works are surreal, bawdy, and, at times, humorous explorations into the human subconscious. In this special presentation, on view through May 5, learn about the motivations and process behind the creative duo’s work and then view, in their entirety, the four artworks discussed in the film.

“In joy, we feel whole—because in the second of joy, there isn’t anything else. It’s just that usually it’s so short.” 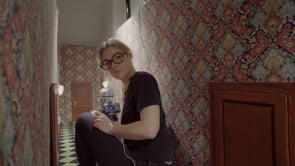 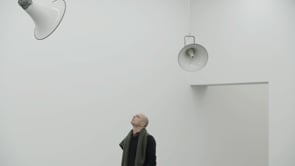