In a new film from the Art21 Extended Play digital series, Julie Mehretu creates two large-scale paintings commissioned for the atrium at the newly renovated San Francisco Museum of Modern Art. We filmed with the artist for over a year to create this nine-minute film, documenting the paintings as they went from unstretched canvases to completed works installed inside the museum. The scale of the works was so large that Mehretu used a decommissioned church in Harlem as her studio for the project.

Inspired by the history of American landscape painting, Mehretu set out to create a more nuanced version, drawing on the political unrest of the last year to create an abstract portrait of our social landscape. The improvisational nature of Mehretu’s process inspired composer Jason Moran, who joined her in the studio to create music based on her method of markings and erasure. Through their respective practices, the two artists create new visual and auditory languages in the hopes of processing the complex history that brought us to our present moment.

“What does it mean to paint a landscape and be an artist in this political moment?” 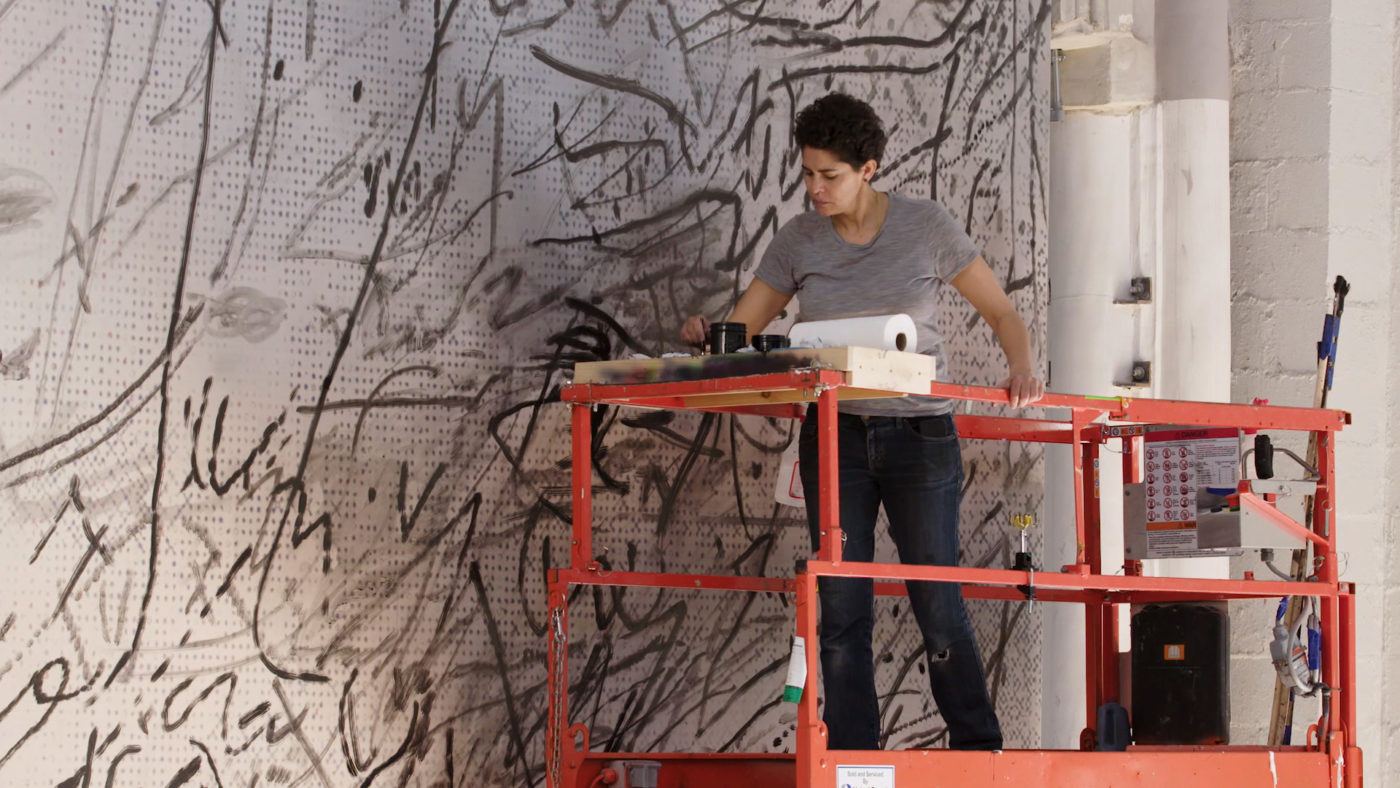