Courtside at a San Antonio Spurs NBA game, Paul Pfeiffer remarks “I’m really attracted to images of amazing spectacle.” Both Pfeiffer’s sensibility and his technique are products of contemporary culture as he pulls video of sports events, pageants, and newscasts off television and then digitally manipulates the images to comment on the frenetic pace and dehumanizing qualities of a consumption-oriented, media-driven culture.

“There is a kind of humiliation in that process of simply becoming objects of admiration or people simply becoming consumers,” he observes. In his Long Count pieces, Pfeiffer explains he worked meticulously, frame by frame, to erase the boxers from the ring until they are mere shadows. Paul Pfeiffer’s groundbreaking work in video, sculpture, and photography uses recent computer technologies to dissect the role that mass media plays in shaping consciousness. In a series of video works focused on professional sports—including basketball, boxing, and hockey—Pfeiffer digitally removes the bodies of the players from the games, shifting the viewer’s focus to the spectators, sports equipment, or trophies won. Presented on small LCD screens and often looped, these intimate and idealized video works are meditations on faith, desire, and a contemporary culture obsessed with celebrity. Many of Pfeiffer’s works invite viewers to exercise their imaginations or project their own fears and obsessions onto the art object.

Paul Pfeiffer discusses his diorama-inspired sculptures that play off of popular horror movies. 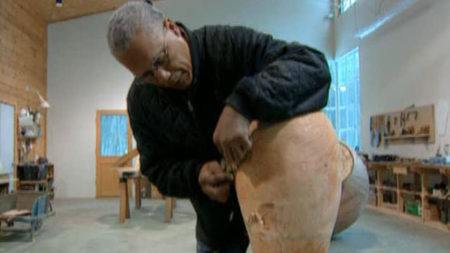 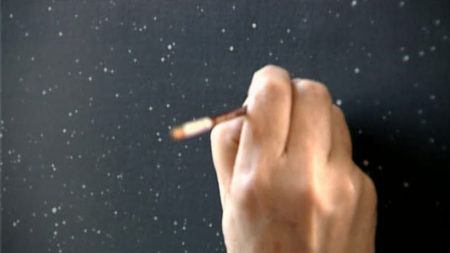 Paul Pfeiffer discusses the process behind his photographic sequence piece, “Four Horsemen of the Apocalypse.”