What does an artist bring to a homecoming? Working in her Bedford–Stuyvesant studio, artist Marela Zacarías undertakes Red Meander (2014), a commission by the Art in Embassies program for the U.S. Consulate in Monterrey, Mexico. Zacarías enlists the help of a team of eight assistants to create the fifty-eight foot long by eleven foot tall work—her largest painted sculpture to date—over the course of nine months. Comprising twenty handmade sections that fit together like a puzzle, each component is made of sanded joint compound over window screen affixed to wood supports.

The undulating surface of Red Meander is emblazoned in intricate patterns of sixty-seven acrylic colors inspired by Mayan patterns, specifically textiles from Chiapas and Oaxaca. “Hidden in plain sight in the clothing and decorations, these symbols survived colonization and modern times,” says Zacarías, “Weaving became a form of cultural resistance that was passed down from mothers to daughters for centuries.” Growing up in Mexico City, the artist also recalls visiting Diego Rivera’s murals (1929–30, 1935) in the National Palace.

Having spent a decade painting over thirty murals ranging in size from ten to over a hundred feet long, with this project Zacarías realizes a major achievement: exhibiting her work back home in Mexico, for the first time, and as a permanent installation in an historic building. Recognizing both the problems and promise of the U.S. immigration system, Zacarías suggests that “for me to do this piece, it was like really meeting myself kind of in the middle of it. I want to connect to the people that are going through this transition.”

Featured in this film is additional artwork by Diego Rivera and music by Los Amparito & Los Músicos de José. Marela Zacarías was born in 1978 in Mexico City, Mexico, and currently lives and works between New York and Mexico City. A muralist painter for more than ten years, Zacarías wanted to bring walls into three-dimensional space. Her resulting wall-mounted painted sculptures twist and turn in unruly ways, built from window screens, joint compound, and polymer before being painted in bold, geometric, abstract patterns. Explaining her shift away from figurative painting, Zacarías says, “I feel like abstraction really allows for the story to be filtered and to come out in a different way in which people can see it or not see it at all.” 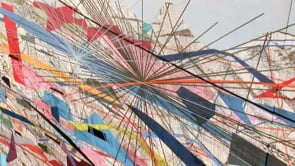 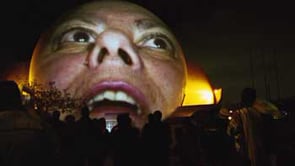 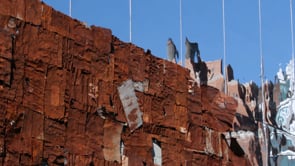 “…it was like really meeting myself kind of in the middle of it. I want to connect to the people that are going through this transition.” 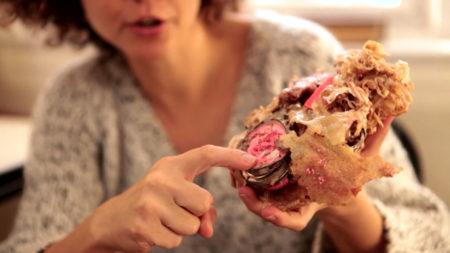 Can art have a social function when placed in either traditional or non-traditional spaces?

Respond on TwitterDiscuss on Facebook
Permalink
Searching Art21…
Back