Can photography depict traces of an experience without making it a spectacle? From their Brooklyn studio, photographer Elle Pérez ruminates on power of the photograph to capture the moments that words can’t describe. Shown highlighting excerpts from inspiring texts, reviewing prints, and creating large-scale wall collages of words and images, Pérez explains how they began photographing aspiring entertainment wrestlers in their native Bronx neighborhood. Pérez relates the scripted and choreographed nature of these wrestlers to their own process of creating portrait photography; “I don’t think there’s a way to involve a camera without immediately involving a kind of fiction,” explains Pérez.

Shooting in a nearby Bushwick park, Pérez works collaboratively with a friend to create a photograph. The artist candidly explains that the raw, visceral, and emotionally authentic quality of their photographs is often mistaken for documentary; however, the photographs are carefully staged, despite their effortless quality. Born of this close relationship with each person photographed, Pérez describes their photographs as depicting the traces of queer experiences without showing the spectacle of those experiences. Pérez relates the undefinable quality of queerness to photography, calling the photograph “a perfect container because it is not actually, ever, definitive.”

New York Close Up is supported, in part, by public funds from the New York City Department of Cultural Affairs in partnership with the City Council; and by individual contributors.

Elle Pérez was born in 1989 in Bronx, New York and lives and works in Brooklyn, New York. Since receiving their MFA from Yale School of Art in 2015, Pérez has worked primarily in photography, depicting the intimate moments, emotional exchanges, and visceral details of their subjects and landscapes. Pérez continues to play with the notion of authenticity, utilizing a collaborative approach to portrait photography that blurs the lines between traditional documentary, still life, and landscape photography. Imbued with desire and a profound sense of care for their subjects, the photographs depict the traces of queer experiences and reflect the ever changing nature of identity.

“You can use photography to depict things that you actually cannot picture. It has so much to do with identity and how surfaces have the ability to contain the traces of an experience.” 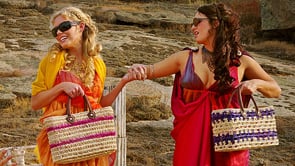