Become Your Own NavigatorOlafur Eliasson

Working with elements such as light, color, and reflection, artist Olafur Eliasson invites viewers to project their own subjective context onto the reading of his artwork. Eliasson attributes this approach to his childhood experiences traveling through the Icelandic landscape and his discovery of Light and Space movement artists like James Turrell and Robert Irwin during art school. For Eliasson, both experiences encouraged him to think about the relationship between space and movement—the agency of the viewer and the responsibility of the artist.

On site for an exhibition at Tanya Bonakdar Gallery in New York, Eliasson describes how his installation, The listening dimension (orbit 1, orbit 2, and orbit 3) (2017), appears to hover in space, addressing a notion of perceived elitism in art. Viewers are able to look behind each installation to see the mechanics of how this optical illusion is created. “The abstraction allows for you to find out for yourself, and I find that very generous and also very trust-generating,” says Eliasson.

Back at work in his Berlin studio, Eliasson explains that he doesn’t consider his own experiences central to his artwork. Through colorful installations such as Your rainbow panorama (2006–2011) at ARoS Aarhus Kunstmuseum and Reality projector (2018) at Marciano Art Foundation, the artist instead encourages the public to move through space, become enveloped in light and color, and experience their own emotional journey. “Everybody has a relationship with natural phenomena,” declares Eliasson. “You don’t have to be a professional to have an opinion about a rainbow. I’ve been quite busy in my artworks saying ‘well it’s not about me growing up in nature, it’s really about you and what you can make of it.'” 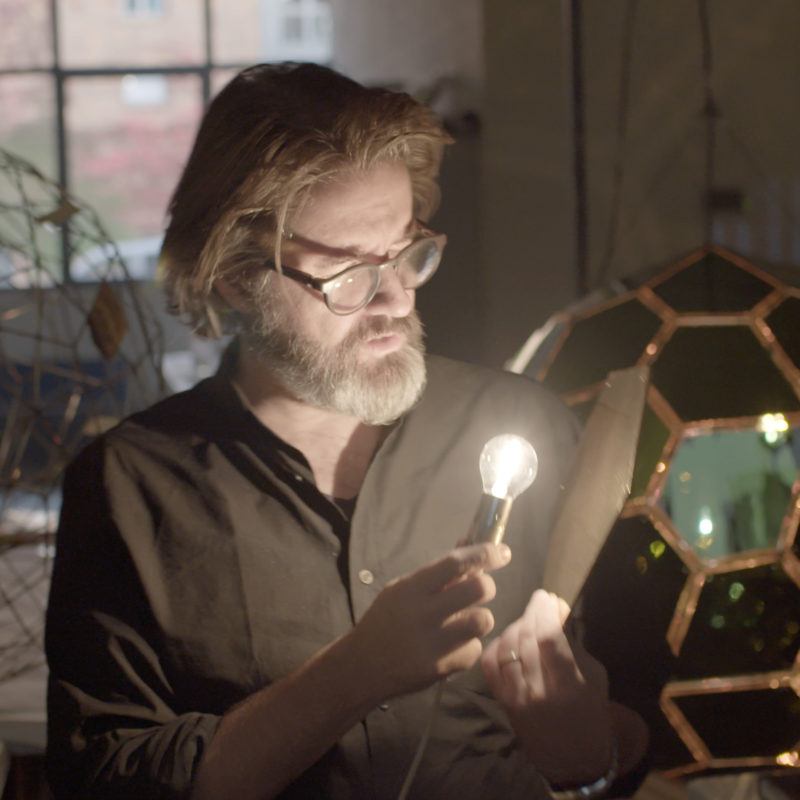 “Everybody has a relationship with natural phenomena. You don’t have to be a professional to have an opinion about a rainbow.”