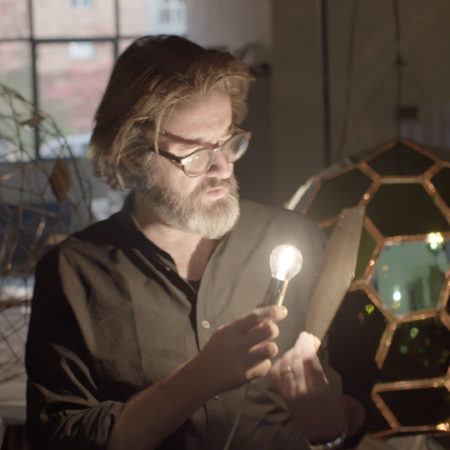 Inspired by growing up in Denmark and Iceland, Eliasson’s use of natural elements evokes an awareness of the sublime world around us and how we interact with it; his projects often point toward global environmental crises and consider art’s power to offer solutions to issues like climate change and renewable energy. In addition to his installations in galleries and museums, Eliasson’s work has increasingly engaged broader audiences through permanent architectural projects and interventions in public spaces. Since 2012, Eliasson has also run Little Sun, a certified B Corporation that produces small, solar-powered LED lamps with the aim to provide clean, affordable, and renewable light to communities without access to electricity.

Art21 Educators alumnus Julia Munar reignites her childhood curiosity by scouting and then teaching contemporary art within an elementary setting.