As someone who grew up listening to the radio, Nicholas Hlobo learned that by not having all the information you activate the imagination. In the artist’s Johannesburg studio he and his assistants are at work cutting, stitching, and sewing new paintings and sculptures. “It’s always good to just take a risk and just draw a line,” says Hlobo in describing how he embarks on each piece. Hlobo also uses words as starting points, as he did with the painting Fak’unyawo (2017) which contains the heel of a shoe last from which multiple lines of stitching extend. This Xhosa word, fak’unyawo, means “testing the waters,” the artist explains.

While stitching leather with ribbon, Hlobo reflects on creating Mphephethe uthe cwaka (2017). The piece is composed of trumpets, bugles, and other wind instruments that the artist had planned to use in a canvas, but instead developed into a standalone sculpture. Elongating and twisting the copper and brass tubes, Hlobo radically changes his materials while retaining their identity as musical instruments. Through this transformation, Hlobo asks viewers to open themselves to new metaphorical possibilities.

“Extended Play” is supported by The Andy Warhol Foundation for the Visual Arts; and, in part, by public funds from the New York City Department of Cultural Affairs in partnership with the City Council; the Art21 Contemporary Council; and by individual contributors.

TRANSLATIONS
Translated subtitles are generously contributed by our volunteer translation community. Visit our translation team at Amara for the full list of contributors: https://amara.org/en/videos/cDaUgCw4SOoP/info/nicholas-hlobo-drifting-free-art21-extended-play/?team=art21 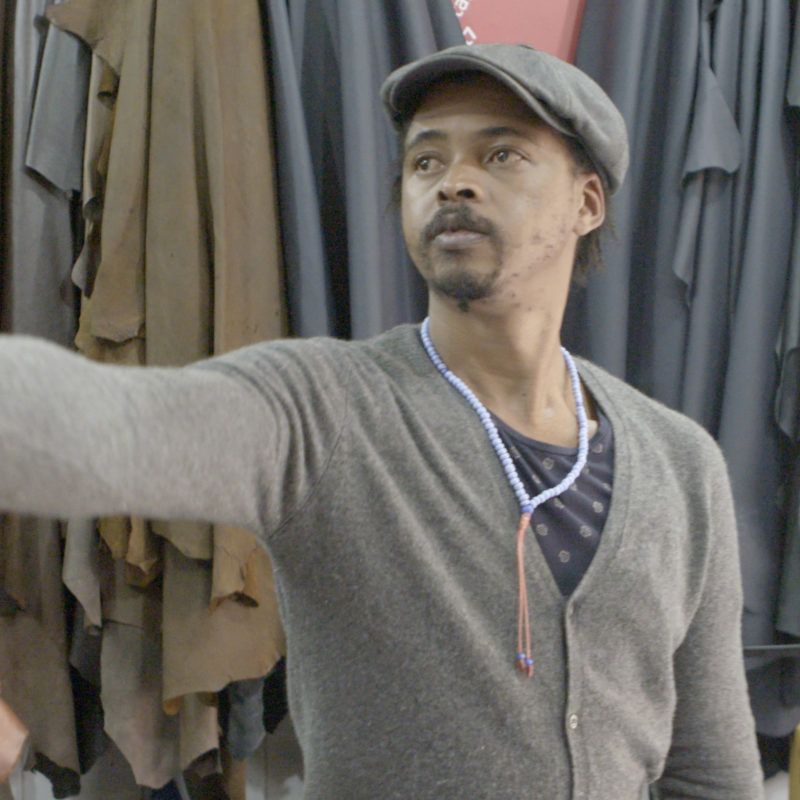