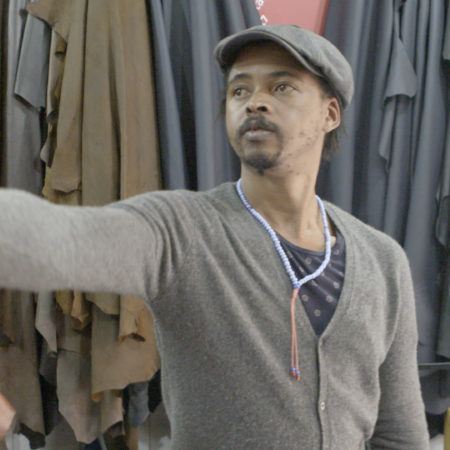 Subtly and subversively weaving together bodily innuendos and historical references, Hlobo uses raw materials to represent female and male forms and question gender roles. Interested in the history of colonization in South Africa and the broad and subtle ways that colonization occurs in contemporary life, Hlobo cuts and stitches materials back together, to represent the idea of the healing that follows a tearing apart.

“I’m looking at myself in relation to the world being South African, being black, being Xhosa, being a gay man, being a man. And I’m looking at the various cultures that has brought this country to where it is now.”