Minerva Cuevas looks back on Crossing of the Rio Bravo (2010), a work in which she painted a bridge across a riverbed that divides Mexico and the United States. On her visit to where the Rio Bravo / Rio Grande snakes through the Chihuahuan Desert, Cuevas found the media’s depiction of the border is inaccurate. “Violence is a very strong element in this perception of what’s the border,” says the artist. “Not witnessing anything connected to that kind of mediatic violence, it’s the first liberation. You realize that what is intimidating is the desert itself.”

In light of President Trump’s proposal to build a wall along the entire border, Cuevas explains that this wall would only increase human trafficking, not stop immigration. “Nationalism is linked to violence and the Other, and the differences between communities, rather than some kind of uniting element that is more necessary,” says Cuevas.

Though she believes that projects like Crossing of the Rio Bravo can help us rethink our perceptions, the artist knows that collective action is required to enact lasting change. “Books and projects can be important, but they won’t be a solution,” says the artist. “The problems or the crisis in the world is generated by everybody. So it has to be also a massive reaction.”

Art21 Exclusive is supported, in part, by the Art21 Contemporary Council. Minerva Cuevas is a conceptual and socially-engaged artist who creates sculptural installations and paintings in response to politically-charged events, such as the tension between world starvation and capitalistic excess. Cuevas documents community protests in a cartography of resistance while also creating mini-sabotages—altering grocery store bar codes and manufacturing student identity cards—as part of her non-profit Mejor Vida Corp / Better Life Corporation. Cuevas addresses the negative impact that humans have on animals and the environment through sculptures coated in tar and tender paintings of animal rights activists, imagining a society that values all living beings.

“The term ‘political activist’ is problematic.

The challenge is to stop using the references to activism because everybody has this agency to react to daily life and therefore generate political actions.” 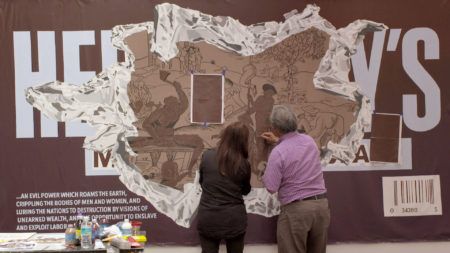 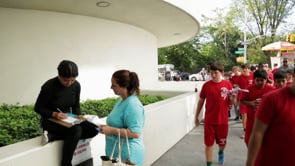 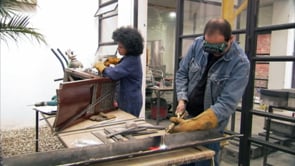