Filmed at her New York office in 2011, Marina Abramović discusses how her relationship to fashion and femininity have evolved over the course of a 40-year career. In the 1970s, Abramović relied upon stark, neutral performance uniforms that were always either “naked or dirty black or dirty white.” She reached a turning point in 1988 after the dissolution of her artistic collaboration with Ulay Laysiepen, which culminated in The Great Wall Walk (1988). Abramović’s subsequent embrace of fashion and femininity parallel her re-emergence as a solo performance artist in the 1990s and 2000s.

FeminismsThe Body
Performance
Being an Artist A pioneer of performance as a visual art form, Marina Abramović has used her body as both subject and medium of her performances to test her physical, mental, and emotional limits—often pushing beyond them and even risking her life—in a quest for heightened consciousness, transcendence, and self-transformation. Characterized by endurance and pain—and by repetitive behavior, actions of long duration, and intense public interactions and energy dialogues—her work has engaged, fascinated, and sometimes repelled live audiences. 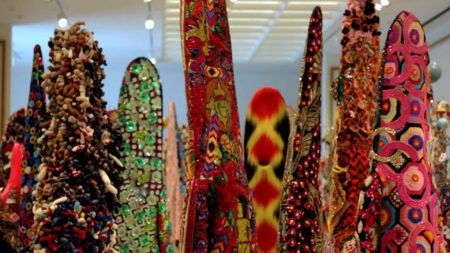 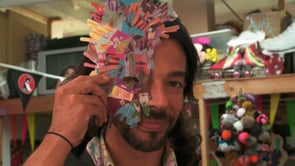 “In the 70s, when an artist had red lipstick, and nail polish, and any kind of relation to fashion, it was disgusting. Like being a really bad artist. Like it was the way you wanted to prove yourself, because you couldn’t do it with the work.” 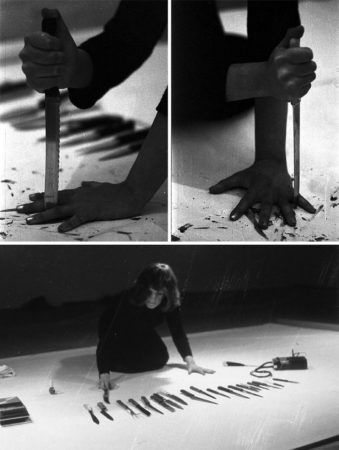 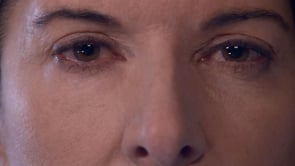 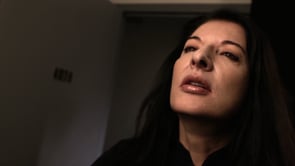