Considered the dean of South African photography, David Goldblatt’s near-six-decade-long career chronicled and critiqued the country’s tumultuous modern history. Interspersed with scenes of Goldblatt touring the sites of past and current photographs, this segment surveys the artist’s extensive body of work; his earliest projects captured the desperate lives of African gold miners and critically probed white Afrikaner privilege and his more recent series examined the country’s changing politics through the evolution of its architectural structures. Goldblatt’s work is a testament to the power of photography as a means of social criticism. This segment was filmed and edited in the months prior to Goldblatt’s passing in June 2018. 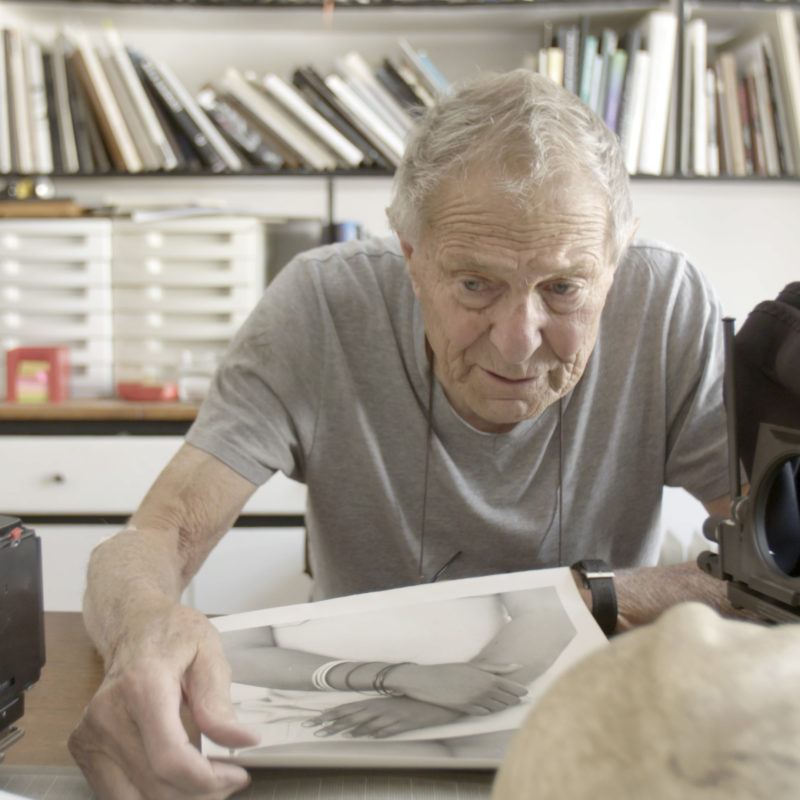 “A common response from potential publishers was ‘where’s the apartheid?’ To me, it was embedded deep, deep, deep in the grain of those photographs.”