“It’s kind of an excuse to research something,” says Jennifer Allora of the work with her collaborator since 1995, Guillermo Calzadilla. “It’s this chance to learn more about something in the world and be able to formulate some kind of response.” In their segment, the pair, often arguing and questioning each other’s ideas in order to reach common ground, explain two projects that took place on the island of Vieques, previously used as a bombing range by US military forces and only recently returned to the jurisdiction of Puerto Rico. “This frustration with absurdity, this nonsense, this paradox, all these things constitute part of the meaning of the work,” says Guillermo Calzadilla. Collaborating since 1995, Allora and Calzadilla approach visual art as a set of experiments that test whether ideas such as authorship, nationality, borders, and democracy adequately describe today’s increasingly global and consumerist society. Their hybrid works—often a unique mix of sculpture, photography, performance, sound, and video—explore the physical and conceptual act of mark-making and its survival through traces. By drawing historical, cultural, and political metaphors out of basic materials, Allora and Calzadilla’s works explore the complex associations between an object and its meaning.

“You know, that’s kind of the nature of making art…to kind of turn something upside down, and then when you see it upside down, you start to see it completely differently and new meanings come out of it.” 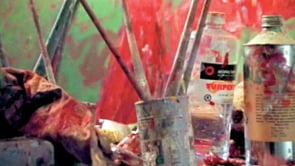 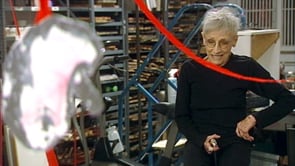 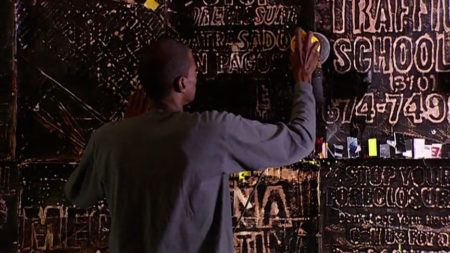