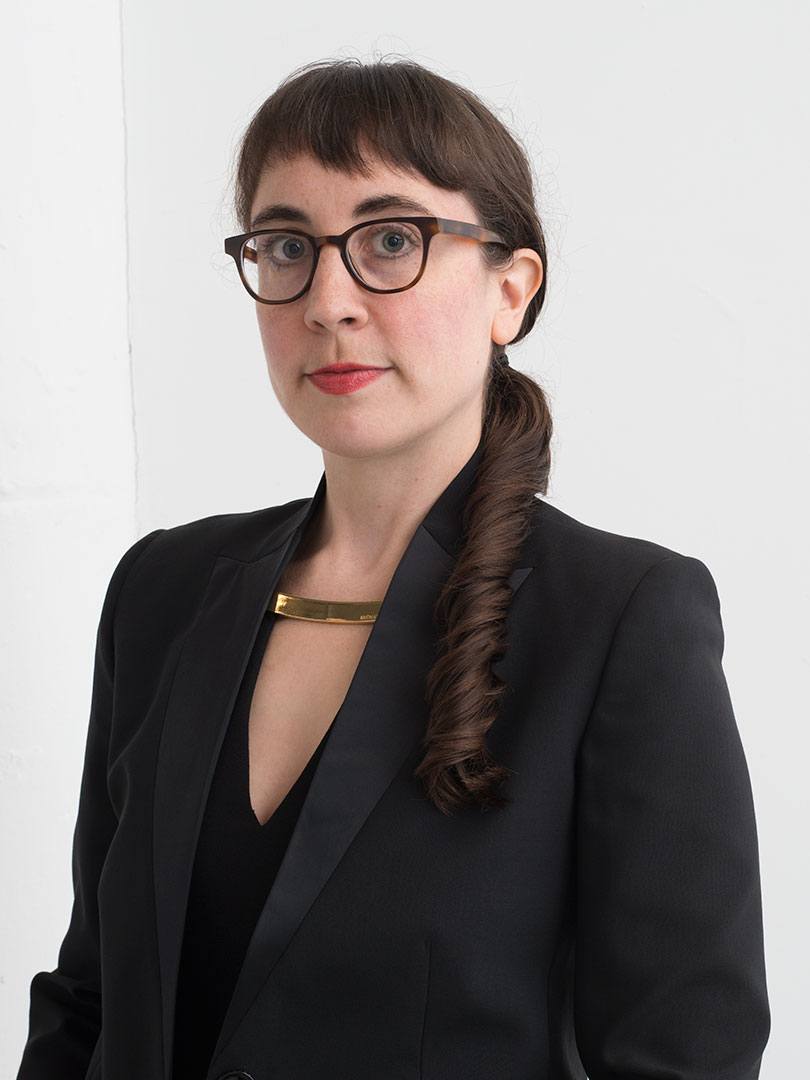 Kukielski will join ART21 after more than thirteen years as a contemporary art curator. She has previously held positions at the Whitney Museum of American Art and the Carnegie Museum of Art, and has independently curated art projects around the world. She was a co-curator of the acclaimed 2013 Carnegie International and was recently included in a list of “25 Women Curators Shaking Things Up” by Artnet.com.

ART21 was founded in 1997 as a nonprofit art advocacy organization dedicated to engaging audiences with contemporary visual art. ART21 has produced seven seasons of the award-winning PBS television series, “Art in the Twenty-First Century,” as well as a Peabody Award-winning film about William Kentridge, numerous digital short film series, and extensive educational resources and programs.

The past year at ART21 has witnessed the successful release of over 25 original videos. Its innovative digital film series “New York Close-Up” has profiled young talents such as Lucas Blalock, LaToya Ruby Frazier, Rashid Johnson, and Jamian Juliano-Villani. This digital series, along with films from the “Exclusive” and “Artist to Artist” series, have been viewed by audiences that number more than 3.5 million.

Eve-Laure Moros Ortega, Executive Producer, has served as Interim Director since Sollins’s passing. Kukielski will assume the directorship on January 15, 2016.

“Tina Kukielski possesses the entrepreneurial leadership that has come to define ART21 under Susan’s 17- year tenure. Tina’s curatorial imagination and skill will be a perfect match as ART21 looks to the future,” said David Howe, ART21 Board Chairman. “Tina has a proven track record of building communities for art and she comes with experience working in the digital realm—the kind of experience we believe is essential to the ways we expect ART21 will grow,” stated Migs Wright, ART21 Board President Emerita.

“I am proud to be a member of such a highly esteemed team,” said Kukielski. “ART21 was founded in 1997 with the intention of using cutting-edge media to educate the world about contemporary art. Since then, its audience has grown exponentially and its original digital and video content has been translated into over 40 languages worldwide. What I find so significant about ART21 is the way it has positioned itself at the center of the exchange of ideas about art, transmitting to the world how art and creativity are relevant to all aspects of life. Given the ever-changing landscape of digital media, I look forward to the opportunities ahead as we think to the future.”

Besides her curatorial credentials, Kukielski brings to ART21 a strong personal relationship with the art community in New York and internationally. Research by Kukielski in Europe, North and South America, and the Middle East for the ambitious 2013 Carnegie International brought together 35 established and emerging artists from 19 different countries. The exhibition was praised by The New York Times, The New Yorker, and the international press as a thoughtful and unconventional take on the long-established biennial format. Artists such as Rokni Haerizadeh, Pedro Reyes, and Mladen Stilinović were shown in depth in the U.S. for the first time. MacArthur Fellow Nicole Eisenman and South African Zanele Muholi were the exhibition’s prize-winners. The show, though international in scope, also reached out to involve the contemporary art community in Pittsburgh by providing a forum for local artists in the lead up to the exhibition.

Kukielski also built close relationships to artists during her time at the Whitney Museum from 2002–2010 where she worked to acquire and mount exhibitions by artists such as Sadie Benning, William Eggleston, Gordon Matta-Clark, Taryn Simon, and Sara VanDerBeek. Exhibitions mounted under her tenure also featured some notable ART21 alums including Louise Bourgeois, Omer Fast, Tim Hawkinson, An-My Lê, and Julie Mehretu. Kukielski has also championed a group of younger, emerging artists likely to be featured in ART21’s future seasons.

Kukielski initiated art content distributed via the web as lead curator on the Hillman Photography Initiative, launching among other things a series of films about new uses of the photographic medium conceived by artist Arthur Ou. In 2014 Kukielski co-produced a documentary film about Andy Warhol that was seen by tens of thousands of online viewers. In partnership with the artist Cory Arcangel, the film documented a digital conservation project, led by Kukielski, which brought renewed attention to nearly forgotten artworks that Warhol made on an Amiga personal computer in 1985. The project went viral, attracting the attention of millions of viewers around the world and coverage in the international popular press. In the past year, Kukielski has continued to forge new partnerships among artists, institutions and publishers, working as an independent curator in Dubai, Milan, Miami, and New York.

Beyond her work for museums, Kukielski has curated many thought-provoking exhibitions and has written for publications about numerous artists beyond those mentioned above, such as Michele Abeles, Antoine Catala, Carroll Dunham, Shannon Ebner, Corin Hewitt, and Paul Thek. She was a contributor to the recently published anthology poised to become a key resource on digital art: Mass Effect: Internet Art in the 21st Century. She is also a contributor to Artforum and Mousse Contemporary Art Magazine. She has been a visiting critic at Columbia, Yale, Princeton, and Carnegie Mellon, and has taught courses in the MFA programs at Parsons School of Design and the University of Hartford. Kukielski has given talks in the cities of Beirut, Chicago, Dubai, Miami, Prague, and at the Art Basel Miami and Frieze art fairs. She is currently organizing the first museum exhibition of the work of New Zealander Susan Te Kahurangi King, which will travel to the ICA Miami in 2016.

“An unanimous decision was made to select Tina Kukielski from a competitive field of highly qualified candidates,” said James Cohan, ART21 Board member. A nine-person committee conducted the search, which was managed by Pamela Bol Reiss from PBR Executive Search.

ART21 is a nonprofit global leader in using digital media to showcase contemporary visual art, producing films on today’s leading visual artists and education programs that inspire creativity worldwide. Acclaimed for its Peabody Award-winning PBS series, “Art in the Twenty-First Century,” ART21 engages millions of people of all ages with contemporary artists and their creative processes. In addition to “Art in the Twenty- First Century,” ART21 produces the online films series “New York Close Up,” “Exclusive,” and “Artist to Artist”; special artist projects including the Peabody Award-winning feature “William Kentridge: Anything Is Possible”; extensive educational resources; and a comprehensive website at ART21.org.