Mika Tajima Versus the Cubicle

How does design shape society? In this film, artist Mika Tajima traces the legacy of the influential Action Office furniture line—developed by Herman Miller—and how it serves as the inspiration for her own work. Introduced in 1964 and still in production today, the Action Office is a modular and customizable system of semi-enclosed cubicles.

Intended to spur efficiency and productivity in the workplace, Tajima views the widespread adoption of the cubicle in the 1970s and 80s as profoundly dehumanizing, with each worker isolated in a sea of confined spaces. For her work, Tajima acquires and modifies an original set of Action Office wall panels, configuring them into non-functional, sculptural arrangements. Tajima connects the unintended consequences of Herman Miller’s modernist aesthetic, with its insistence on shaping human behavior, to contemporary problems in the twenty-first Century. 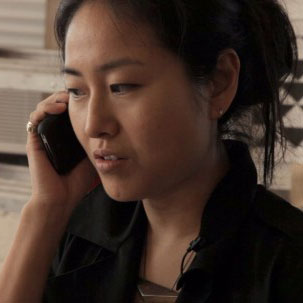 Mika Tajima was born in 1975 in Los Angeles, California, and lives and works in New York. Taking international political, social, and economic points of reference as her inspiration, Tajima employs sculpture, painting, installation, and performance in her conceptual practice. She does in-depth research on topics—such as Herman Miller’s Action Office furniture line and the international price of gold—before translating her findings into physical objects that articulate and critique the ways that these things affect human lives. 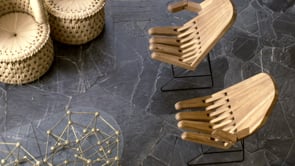