How does an artist get maximum results out of minimal means? Artist Louise Despont uses architectural stencils to create intricate pencil-on-paper drawings in her home and studio in Fort Greene, Brooklyn. Working between a small desk and her bedroom floor, Despont’s daily practice, with a limited set of tools, yields surprising discoveries. “To be focused and dedicated to doing one simple thing can perhaps be the most transformative thing,” says the artist, “That as narrow as it is, it can be infinitely deep.” This film documents Louise Despont and her assistant Nicole Wong over the course of six weeks as they create Mediated Polarity and the Third Property (2014), a multi-panel drawing on antique ledger book paper.

Looking through her private notebooks, Despont reveals how years of experimentation with collage, ink blots, and freehand drawing led her to the incredibly refined process she uses today. The artist shares how each new drawing emerges organically, such as large-scale Roman Room (2014), often begun without a formal plan and initiated with just a few marks. “It’s a complexity that you can’t think up. It’s like little mineral deposits build up and make an entire surface.” As intuitive explorations of symmetry born out of pure geometry, Despont’s drawings tap into universal themes of energy, spirituality, and nature. The film concludes as Despont takes her latest drawing Garden (2014) to be framed at White Mule in Chelsea, looking at it one last time before it begins its journey out into the world. 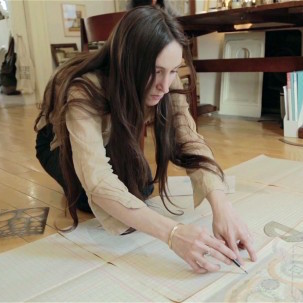 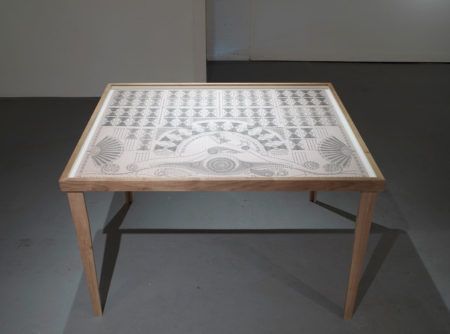 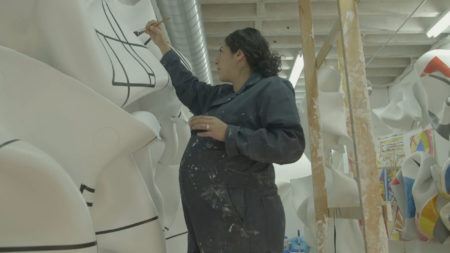 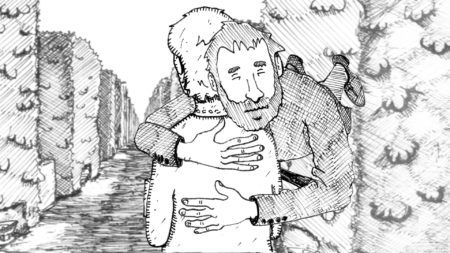