Why would an artist change his signature style after proven success? Walking the graffiti-filled streets of his Greenpoint neighborhood and working in his nearby Williamsburg studio, Brooklyn-based artist Eddie Martinez discusses the motivation to shift his paintings from Pop-like figurations to pared down abstractions. An active graffiti artist in his teens and twenties, Martinez describes both the allure and difficulty of graffiti’s inherent riskiness, and reveals how his work now is an equally risky endeavor, artistically and professionally.

A montage of Martinez’s previous paintings—brightly colored and unabashedly representational paintings of flowerpots and cartoonish characters—exemplifies the prodigious output that brought him commercial attention and success, but now represents a style he “feels wholly committed to abandoning.” Despite the expectations of his gallery and collectors, Martinez says, “It’s just impossible for me to keep making the same image I made six years ago.” He describes how he’s both excited and frightened to forge a fully abstract style, to paint without easy reliance on old imagery.

Months afterwards the results of Martinez’s stylistic shift—near mural-sized canvases of primary colored forms set against open white backgrounds—are shown on exhibition at The Journal Gallery in Brooklyn. For Martinez, the change was a necessary leap of faith, one he hopes his followers will continue to support. 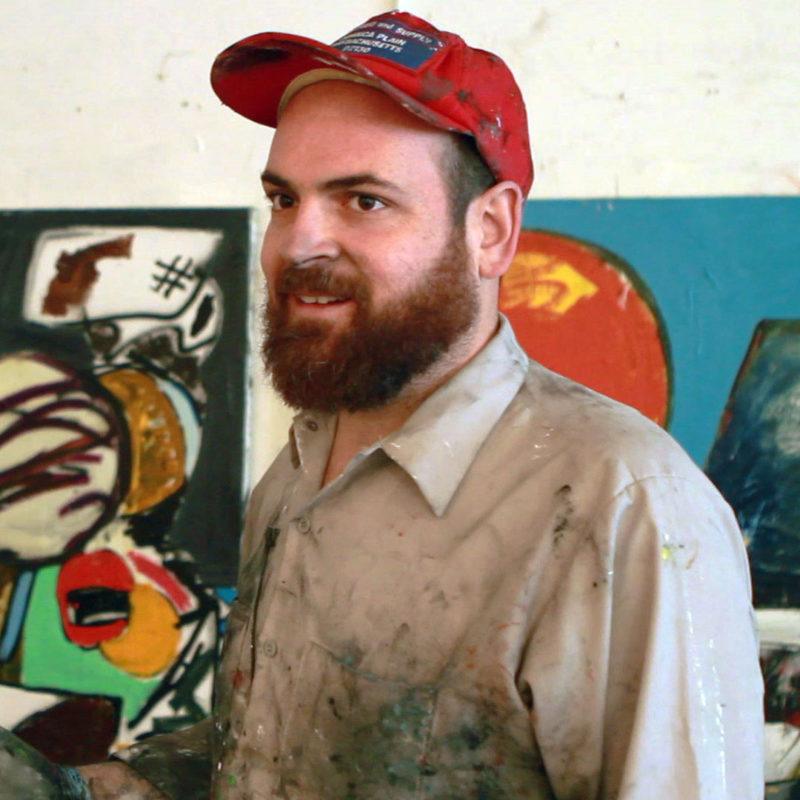 Eddie Martinez was born in 1977 in Groton, Connecticut, and lives and works in New York. Having spent his adolescent years making graffiti, Martinez creates paintings on canvas that retain the rough, expressionistic lines and bold colors of street art. Working between representation and abstraction, he paints in oil, enamel, and spray paint while often incorporating found objects, in a fast-paced practice that could be compared to automatism. Noted for his deft draftsmanship, Martinez creates large-scale works that maintain the feeling of drawings. In addition to his paintings, Martinez creates found-object sculptures and works on paper. 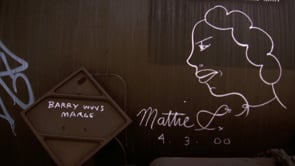 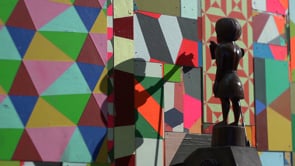 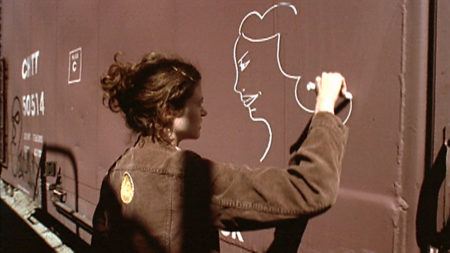