In her Los Angeles studio, Tala Madani shares the crucial role that sketchbooks play in her painting practice. A way for the artist to both experiment with potential compositions and quickly record an idea during a moment of inspiration, Madani’s sketchbooks serve as a visual archive of her paintings—those already realized as well as possible future works.

Fascinated with the seventeenth-century idea that paintings have souls, Madani describes how her finished works differ from her sketches in their materiality. “It’s more about how do you use the material to help you communicate the idea clearer,” says the artist. “If there’s drips happening, I really engage those drips into bringing the audience quite close to where I am.”

Extended Play is supported, in part, by the New York City Department of Cultural Affairs in partnership with the City Council; Art21 Contemporary Council; and by individual contributors. Tala Madani skewers stereotypes in her sharply satirical paintings that evoke clashes of culture: men and women, the rational and the absurd, Western and non-Western. Madani’s figurative paintings often feature a riotous cast of middle-aged men, balding and stocky, whose libidinal mayhem wreaks havoc on any situation the artist thrusts them into. Acerbic caricatures of both machismo and a childlike desire for mischief, the physical comedy at work in Madani’s paintings is anchored by intense pleasures, pathos, and a pervasive sense of violence. Madani’s pictures are also transformed into stop-motion animations where the artist photographs a freshly created scene over time—wet paint still glistening—resulting in stories of small calamities that are once hilarious, tender, and ghoulish.

“A lot of works…were worked out more thoroughly in sketches. It’s the most immediate record of a thinking process.” 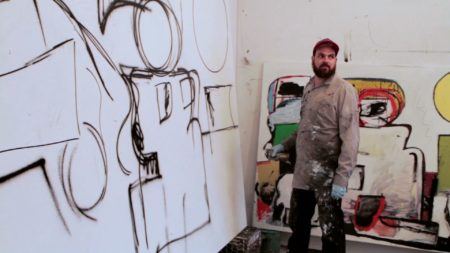 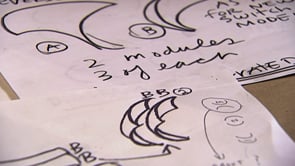