What the Camera Cannot SeeRichard Mosse

Artist Richard Mosse documents humanitarian crises and environmental catastrophes by making the unseen visible. This film follows Mosse and his collaborators Ben Frost and Trevor Tweeten as they travel across the world to film under-reported world events in zones of conflict, repurposing surveillance technologies and scientific tools to capture stories and scenes that evoke deeper understanding and motivate audiences to act. In locations like the Democratic Republic of Congo (DRC), where over 50 armed groups are engaged in combat, or along paths of migration from the Middle East and North Africa into the European Union, the artist works to bring attention to conflict and suffering around the world. “My power, if I have any,” says Mosse, “is to be able to show you the things that I’ve seen in a more powerful way than perhaps the pictures you’ve seen in the newspaper of the same thing.”

Mosse’s work calls specific attention to the tools we use to capture and distribute information about global events. He actively questions why certain conflicts remain relatively unseen, as in the DRC with The Enclave (2012-2013), or interrogates systems of targeted surveillance and dehumanization, as in Incoming (2014-2017). These projects point not only to the problems of the situations and locales in which Mosse and his collaborators work, but also the difficulties that we encounter in perceiving and understanding these events and processes as viewers. The conflicts and crises that Mosse documents are seemingly too opaque and complex to be appropriately described, and so often go hidden or misrepresented. This issue is especially present in his recent projects, which center on the Amazon Rainforest. The Amazon is at the heart of his new works Broken Spectre (2018-2022) and Tristes Tropiques (2018-2022), which bring the realities of climate change into focus by revealing both its mundane operations and its catastrophic effects. The artist uses multispectral imaging, cameras that capture ultraviolet light, and tropes of Western media to show audiences the various scales and impacts of deforestation in the Amazon as well as their own implication in it. “We can’t see the climate changing, and that’s really the inherent problem.” says Mosse, “It’s on a scale beyond what we can perceive.”

Learn more about the Hutukara Yanomami Association and help the Indigenous people to hold up the sky here.

“Extended Play” is supported by The Andy Warhol Foundation for the Visual Arts; and, in part, by public funds from the New York City Department of Cultural Affairs in partnership with the City Council; the Art21 Contemporary Council; and by individual contributors. 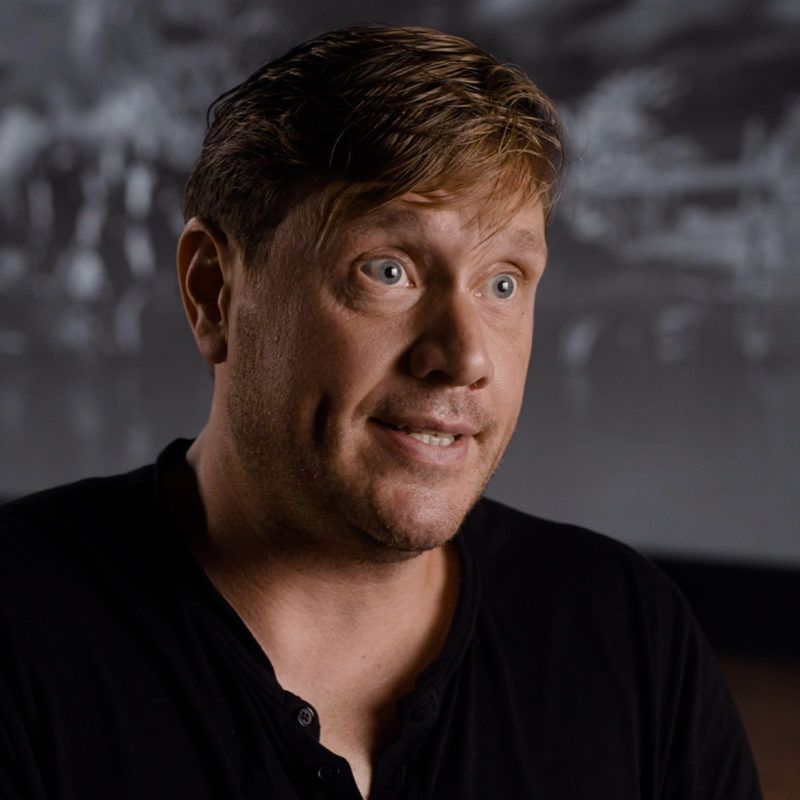 Richard Mosse was born in 1980 in Kilkenny, Ireland, and currently lives and works in New York City. In 2001 he graduated with a BA from King’s College London and completed his MFA in photography at Yale University in 2008. Mosse’s photographs and films document armed conflicts, humanitarian crises, and environmental crimes, addressing the power and failures of “the documentary image.” His work complicates the production and aesthetics of existing photojournalism and scientific photography, highlighting their insufficiencies and seeking to overcome them. Embarking on multi-year-long projects of repurposing highly specialized film technology and military equipment, Mosse subverts their original intended uses to instead shed light on humanitarian concerns.