Shown at work in his Brooklyn studio, Marcel Dzama discusses the evolution of his drawings, from his time growing up in his native Winnipeg, to his move to New York in 2004, to his more recent responses to U.S. politics and media. Fascinated by childhood monsters, like the Wolfman and Dracula, Dzama ruminates on his early drawings, often populated by three or four human, animal, or hybrid figures against isolated white backgrounds and inspired by Winnipeg’s snowy winters. While attending the University of Manitoba, the artist recalls a house fire that destroyed much of his early work and forced him to work on hotel stationary for his final thesis project.

As Dzama paints a new drawing of masked dancers in blue watercolor and root-beer syrup, he explains the formal and conceptual influences on his work, from Francis Picabia’s use of polka dots to the connection between the early twentieth century Dada artists’ condemnation of World War I and the artist’s own response to contemporary U.S. politics. Shown working on a pencil drawing inspired by American activist and survivor of the 2018 Parkland school shooting, Emma Gonzalez, the artist explains his practice as an exorcism of his daily news media diet.

Dzama also charts the impact of his move to New York on the work, expanding on how his white backgrounds became more densely populated with figures. Turning to dance magazine as a way to conceive of his drawings as still images of stage productions, Dzama began to organize the chaos of figures into stylized formations and moved away from animal figures, in favor of humans or human figures in animal costumes. Characterizing his drawings as having, “one foot in the subconscious,” the artist describes his practice of working at night, during a “witching hour,” when his most uncensored ideas can flow and anything feels possible. 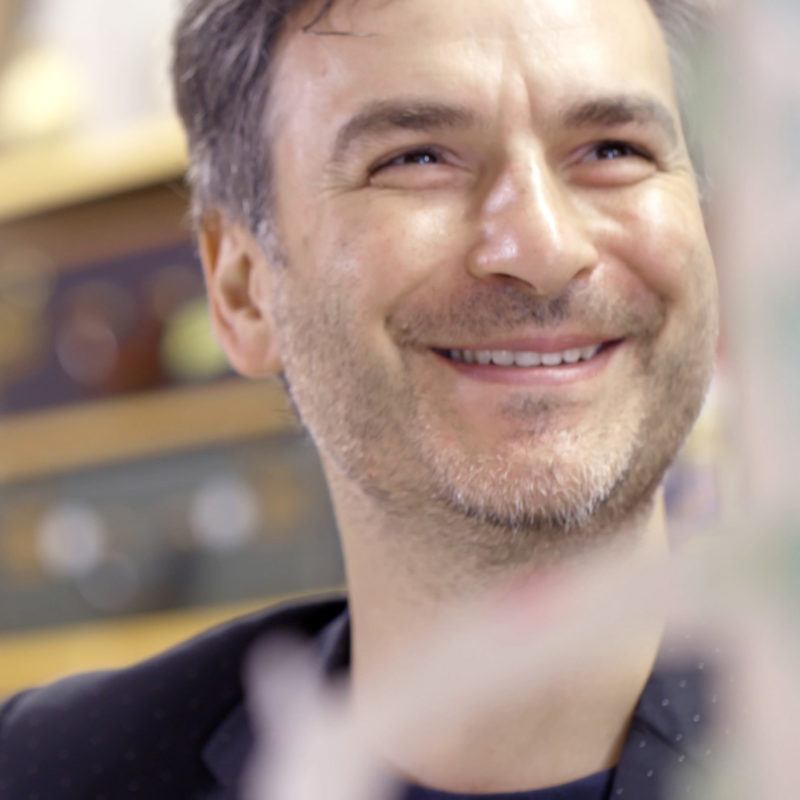 “The more interesting ideas come out of my work in that witching hour. There’s more of a flow, because I have one foot in subconscious and one in reality.” 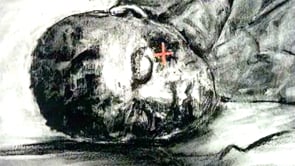