Renowned abstract painter Jack Whitten discusses the personal philosophies that drove his work over the course of nearly six decades, chronicling his development as an artist and his relentless innovation in painting. “I can build anything I want to build,” said the artist. “It’s all about the materiality of the paint.” Filmed at work on what would become his final painting, Whitten spent his life pushing abstraction into new territories. He passed away shortly after this interview.

His earliest work combined figuration and abstraction; but, in the late 1960s, Whitten switched from oil to acrylic to focus on the material nature of paint rather than the image it conveyed. He built a tool called the “developer” and used it to create paintings that existed as a single line—”one gesture, three seconds.” These “slab” paintings led Whitten to his next artistic development: a new kind of tesserae (a material used in the construction of mosaics) made by cutting cubes of color from large slabs of acrylic paint.

Whitten’s experiences growing up in the South during the height of segregation, as well as his participation in the civil rights movement, informed his lifetime of work. His Black Monoliths, a series of abstracted tributes, memorialize important Black figures such as James Baldwin and Barbara Jordan. “I find that with each one, I have to locate the essence of that person,” said the artist. “That person becomes a symbol and I build that into the paint.” Now a symbol himself, Whitten was one of the most influential abstract artists of his generation. While Jack Whitten’s early work combined figuration and abstraction, he became known for his conceptual advancements, focusing on the materiality of paint. Constantly inventing in the studio, Whitten created a tool he called the “developer,” a twelve-foot-long wooden rake used to move large amounts of acrylic paint in a single gesture. He also created a signature kind of tesserae: small cubes cut from slabs of acrylic paint and adhered to the canvas, angled to catch and reflect light. For over four decades, Whitten utilized the tesserae to develop his Black Monoliths, a series of abstracted tributes to Black artists, musicians, and public figures such as Ralph Ellison, Chuck Berry, and W.E.B. Du Bois. One of the most influential abstract and conceptual painters of his generation, Whitten lived in New York City, where he passed away in January 2018.

“I’m not a narrative painter. I don’t do the idea or the painting being the illustration of an idea. It’s all about the materiality of the paint.” 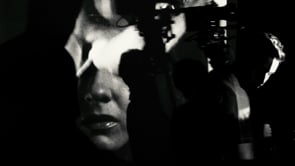 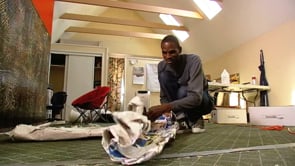 The questions and activities included in this guide are recommendations for incorporating Art21’s film featuring Jack Whitten into your classroom. 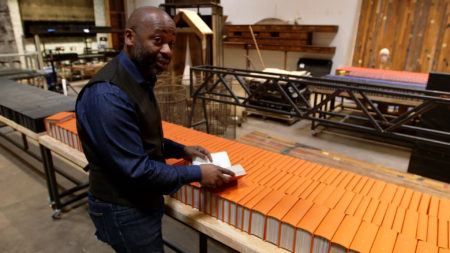