"Poke in the Eye/Nose/Ear"Bruce Nauman

Filmed in August 2000, Bruce Nauman discusses his video work Poke in the Eye/Nose/Ear (1994). The artist filmed himself poking his face and then slowed the footage down, forcing viewers to pay attention to the formal qualities of each frame.

Nauman reflects on how fellow artists such as John Cage, Merce Cunningham, and Andy Warhol also reconsidered time and duration.

Art21 Exclusive is supported, in part, by 21c Museum Hotel and by individual contributors.

The Body
Video
Slow Down Bruce Nauman has been recognized since the early 1970s as one of the most innovative and provocative of America’s contemporary artists. Nauman finds inspiration in the activities, speech, and materials of everyday life. Working in the diverse mediums of sculpture, video, film, printmaking, performance, and installation, Nauman concentrates less on the development of a characteristic style and more on the way in which a process or activity can transform or become a work of art. A survey of his diverse output demonstrates the alternately political, prosaic, spiritual, and crass methods by which Nauman examines life in all its gory details, mapping the human arc between life and death. 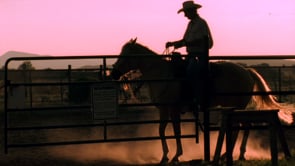