During his incarceration, artist Ai Weiwei’s assistants, E-Shyh Wong and Inserk Yang come to New York in his place for the unveiling of Ai’s public artwork near Central Park Circle of Animals/Zodiac Heads (2010). Wong and Yang provide insight into his working processes and their belief that neither they nor we should remain silent about his detention.

During his September 2011 interview with Art21, Ai comments on his marble sculpture of a surveillance camera, an object increasingly present in modern life in all societies, which, he says is used to “secretly monitor people’s behavior.” “But once it’s marble” he continues, “it’s only being watched. It’s not functioning anymore.” An outspoken human rights activist, Ai Weiwei infuses his sculptures, photographs, and public artworks with political conviction and personal poetry, often making use of recognizable and historic Chinese art forms in critical examinations of a host of contemporary Chinese political and social issues. In his sculptural works he often uses reclaimed materials—ancient pottery and wood from destroyed temples—in a conceptual gesture that connects tradition with contemporary social concerns. He also employs sarcasm, juxtaposition, and repetition to reinvigorate the potency and symbolism of traditional images and to reframe the familiar with minimal means. 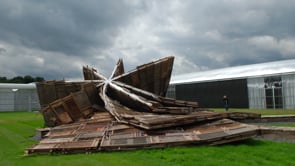 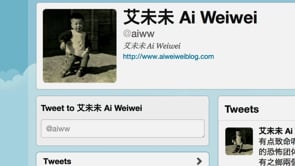 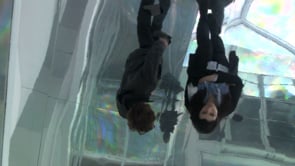 “Every day people are coming up to us and giving us proposals of something they can do to help Weiwei. And you know at first we thought, okay maybe we should stay quiet a bit, because we don’t want to upset the Chinese government. But then we think, what would Weiwei do? And he would probably make the most noise of anybody.” 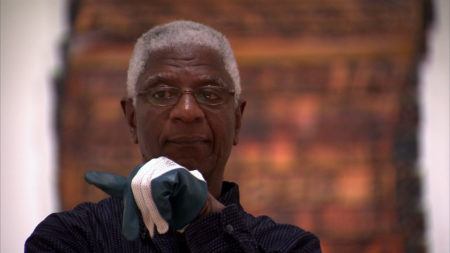 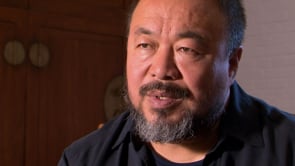