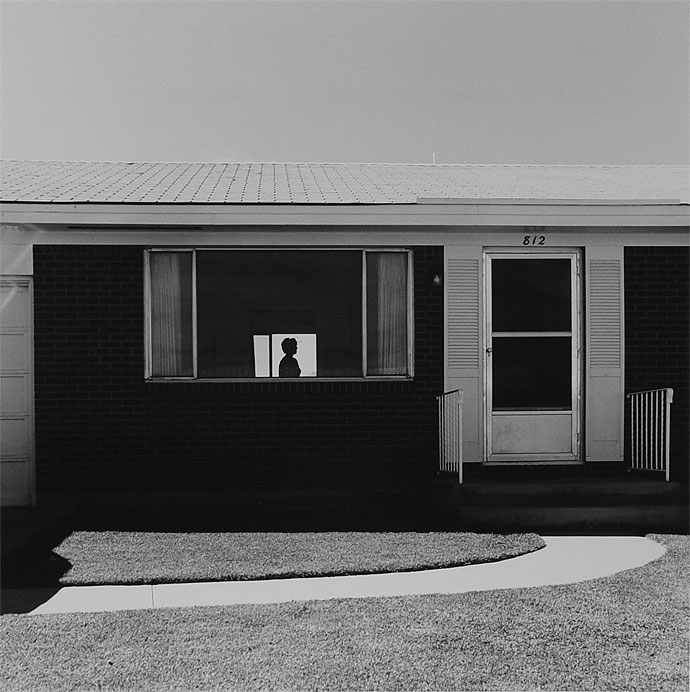 Art21What would you say making art is about, for you?

Adams: Recently I saw someone—I can’t remember who it was—who said that the essence of the creative act is determining what the question is. Once you have the question, then it’s all pretty much in the can. I believe if your list of questions is long, that shows you’re on top of this.

Art21: What exactly is the job of someone who makes art?

Adams: It seems to me that what art has historically, traditionally focused on are these moments of recognition and insight. By looking closely at specifics in life, you discover a wider view. And although we can’t speak with much assurance about how this is conveyed, it does seem to me that among the most important ways it’s conveyed by artists is through attention to form.

The notable thing, it seems to me, about great pictures is that everything fits. There is nothing extraneous. There is nothing too much, too little, and everything within that frame relates. Nothing is isolated. The reason that becomes so moving is that the artist finally says that the form that he or she has found in that frame is analogous to form in life. The coherence within that frame points to a wider coherence in life as a whole. Why is that important? I think art is the sworn enemy of nihilism. And nihilism is a great downward tug that we all feel.

Sam Johnson, a great hero from the literary world back in the 1700s, said that in life there is much to endure and little to enjoy. To the extent that that’s true, life is hard to accept. And I think that the reason people flock to museums now and did so during the twentieth century was in large measure because of their hope that art would help reconcile that very difficult truth. My fear is that we in the art world are not consistently and ardently enough addressing that old traditional job of art: to reconcile us to life.

Adams: No, that’s really why I am proud to say that I’m in this field. And I take heart from artists as a group, more than most. We have a serious job.

Art21: And not just visual artists…

Adams: No, for sure. One of my heroes is [Russian poet] Anna Ahkmatova, who was one of the exemplary figures of the last century. Her determination to continue, to survive, and to even do better than survive is Homeric in its scope, I think.

Art21: And to continue, to survive, is part of your work too.

Adams: My subject for forty years has been the American West. It’s a region for which the country had great hopes and something very distressing has happened in the course of that effort. We’ve got to try to fix it but not lose heart. There are some things that can never be recovered now, but we’ve still got to work to find the country that we hoped was here. Art21: Talk about the connections between your work and your life.

Adams: The nature of photography is to engage life. It’s made of life. Life is complex, and I often think photography is similarly complicated. At least it seems so, to me. The early-twentieth-century photographer Lewis Hine, who photographed child labor problems, said at one point that what he wanted to do was to show what was good, so that we would value it, and what was bad, so that we would want to change it. And, in somewhat the same way, that’s what I’ve always hoped to do. I’d like to document what’s glorious in the West and remains glorious, despite what we’ve done to it. I’d like to be very truthful about that. But I also want to show what is disturbing and what needs correction. The best way to do that—and it’s the way every artist dreams of—is to show it at the same time in the very same rectangle. You’re always in quest for the picture that will catch both, and occasionally that happens. There’s a picture of mine that I’m happy with, taken above Boulder, Colorado: we’re up on a foothill, probably a thousand feet above Boulder. The bottom of the picture is a kind of bowl of dark trees. And in this bowl is the city of Boulder and beyond it a view of the plains. To me, that’s an unusually successful picture because it suggests some of the contradictory nature of the Western experience. I took a picture once of a woman silhouetted in a tract house window. And in one sense, that’s a picture of the saddest kind of isolation and most inhumane sort of building. But also raining down over this picture onto the roof and the lawn is glorious high-altitude light. Nabokov said that there’s no light like Colorado’s, except in central Russia. And you can see it in this picture. It’s absolutely sublime.

Adams: Beauty, which I admit to being in pursuit of, is an extremely suspect word among many in the art world. But I don’t think you can get along without it. Beauty is the confirmation of meaning in life. It is the thing that seems invulnerable, in some cases, to our touch. And who would want to do without beauty? There’s something perverse about ruling out beauty. It’s not only in nature, incidentally. It’s in people. I took pictures in suburbs surrounding a nuclear weapons plant in the 1980s. And a number of things came clear as I went over the contact sheets where I printed out small pictures of all the film I exposed. One was the burden of sadness that seemed to be on most people’s faces. I was shocked. I was also shocked by how many people are in one way or another deformed. But I also discovered that, if I looked hard enough, there were an amazing number of people with resilience and courage and who, for a moment or two, had something in their eyes that was very admirable. And all of that, I think, is worthy of the term beauty. I hold onto that word; I refuse to surrender it. It’s the traditional end of art. And tradition is part of this occupation as far as I’m concerned. Creating out of nothing is something only God is reputed to have done.

Art21: Do you often feel at odds with the values of the art world?

Adams: Eisenhower talked about the military-industrial complex. I’m a little distressed by what I would call the museum-gallery-academy complex, which has tended to seize the scene. I think the sadness of this is that it has given generations of young people some of the wrong ideas about what art is. I wish they would read, for example, [American painter] Robert Henri’s book, The Art Spirit. I wish they would read lectures by [American painter] John Sloan. I think art is better than the magazine Artforum, for example, would lead us to believe many times. Art21: How do you go about finding the photograph you want to take?

Adams: The process of finding a picture I want is a long one. Ansel Adams talked often about pre-visualizing everything down to the last level of gray, when he was looking out and making all his calculations before he made the exposure. That has not been my experience. You do try to get as much as you can right there on the spot when you make the exposure, but there are a lot of surprises in photography. If you’re not interested in surprises, you shouldn’t be a photographer. It’s one of the great enlivening blessings of the medium.

In the case of the pictures of people that I was taking near the weapons plant, I was actually shooting blind. I determined before I started the project that I did not want to have just pictures of people who were staring at me, who were fully conscious that I was working on them. I wanted them to be unaware. So, I strapped a wide-angle Hasselblad onto my hand and set the focus for between about three and seven feet, which I could do because of the brilliant light. I carried a bag of groceries on my left arm and as I approached people I would try to assess whether they had a promising expression or were in promising relation to each other. Then, as I got within the range for which the camera was focused, I would pretend to shift the weight of the bag of groceries with my right hand, which also held a camera, and I would make an exposure. So, there were pictures that I didn’t fully know I had. But life is full of blessings that you have to work for, and they’re a wonderful surprise. That happens in landscape photography, too. You never know on a given day when you’re going out whether it’s going to be one of those utterly dead days or whether the sky is going to be something you couldn’t have dreamed of.

Art21: But you also make a lot of pictures where you are particularly conscious about the composition.

Adams: The majority of the work that I do involves very close concentration on framing. When you watch a photographer work, what’s going on is that seemingly almost demented search—moving a little this way, moving a little that—looking from a little higher, a little lower. The effort is to find that perfectly balanced frame where everything fits. It’s not exactly the same as life. It’s life, seen better. Weston said that composition was just the strongest way of seeing. It’s true, but you have to mean it in a little more serious way than I think he meant it. It’s the strongest because you’re seeing the most lasting—the truest—way you can, assuming you believe that ultimately things do fit. And of course not all us, most of the day, would want to subscribe to that. Life is too chaotic. But the thing the artist is trying to give you is a reminder of those rare times when you did see the world so that everything seemed to fit—so that things had consequence. The majority evidence is for chaos, let’s face it. Most of the time, things don’t seem consequential. But the value of art is that it helps us recall transforming times that are of such a quality that they last.