ART21: You enjoy making photographs, and you’ve made them over your entire career in many different ways. But it’s a mistake to think of you as a “photographer.” What is it that you like about photography? Is it because a photograph is always taking a picture of something that exists? There’s a reality that’s always built into it, no matter how abstract or fake the image?

ANTIN: [SIGH] You’re asking me to go back to the beginning. I can’t really remember… [LAUGHTER] I enjoy that a photograph announces itself. This is going to sound a little naïve to say now, but back then…

The photo comes with a claim to truth. Nowadays we know that’s bullshit. And in those days I knew it was bullshit. Most of us did. But there’s still this idea of the snapshot—“Oh, this is what happened: This is my old boyfriend. This is whoever. This is the Taj Mahal. I was there. And here I am smiling in front.” All photographs come with a claim to truth, including ones from the past—“Oh, that’s Balzac. Wow.”

But this historical claim to truth also makes it possible for the photograph to lie. I’ve used it both ways. I exploited the photograph’s claim to truth. Everybody knew I was The King of Solana Beach (1974), because I could go out in the street and mingle with my subjects and prove later that it was true. “Oh, yeah. Here, yes, I am a man. I have a beard. Here is the picture.” It wasn’t long before I realized that I could transform myself and my world in any way I wanted through photography and video and film — invent new selves and experiences and adventures. I could even be a time traveler and invade different historical periods.

Like The Angel of Mercy (1977), which supposedly takes place during the Crimean War, when Florence Nightingale invented Nursing as a profession for women. That war was about five years before our war—the Civil War which, of course, was photographed by Matthew Brady and his people. Did you know that they staged many of these photographs? They would come upon a corpse—but maybe it wasn’t picturesque enough—so they would lay him out differently, stretch out the legs say, maybe cover him with mud. They were theatricalizing reality from photography’s beginnings.

I use an evocation of these older methods of working to suggest an older period. By evoking 19th century salon painting in these recent photographs, I’m also evoking the ancient world in the manner that painters in the 19th century did: idealizing and ennobling themselves as the true heirs of Rome, while feverishly colonizing the rest of the world. Sound familiar? Think of Bush and his dream of reshaping the Middle East.

ART21: The series that preceded Helen’s Odyssey (2007) is titled Roman Allegories (2004). Do you think that society today — or people today — that we’re suffused with allegory? Or are we not really sure what to make of it? Is it something that’s foreign to people today, or is it something that is perhaps so common that we don’t even recognize it?

ANTIN: It’s common enough because everybody reads their dreams as allegories even if they don’t buy into the Freudian interpretation. But they don’t seem to be able to read it into art anymore. Pre-modern art was filled with allegory, but Modernism was into rediscovering “what is,” the “now,” in a sense, the implacable surface of things. Though ironically, Modernism can even be said to propose itself as an allegory, an allegory of infinite progress. The perfectly clean machine and the ideal city, Le Corbusier’s city of tomorrow. As for my recent pictures, Roman Allegories was a melancholy tale of a shabby little troupe of performers traveling through the ruins of the Roman Empire. You might say it’s my version of Fellini’s La Strada.

I’ve been using narrative and story all my life. I was a writing major in college and an art minor or something. [LAUGHTER] It’s hard to remember back then. But I’ve always told stories. I was into theater and narrative and telling stories from the beginning. And really, at that time, those were shit words. Bad words. There were people who didn’t approve of me for telling stories, for seeing the world as theatre. Now those words are popular. I guess you live long enough and everything comes around.

Eleanor Antin. The Artist’s Studio (left), from The Last Days of Pompeii, 2001; and The Triumph of Pan (right), from Roman Allegories, 2004. © Eleanor Antin. Courtesy of Ronald Feldman Fine Arts.

ART21: Helen’s Odyssey (2007) is the third in a series of related works that include The Last Days of Pompeii (2001) and Roman Allegories (2004). Each is a different facet of a very singular interest over the years. What’s left unexplored for you?

ANTIN: Hey, I haven’t lived that long, have I? [LAUGHTER] We’re doing all of the Roman and Greek pix in this show titled Historical Takes at the San Diego Museum of Art opening in July and running through early November. There’s also a big book coming out along with the show. So there is a final feeling to these works.

At the same time, I have this huge storage bin where I keep the remains of my sets and all this stuff that we lovingly saved and recycled over the years: the broken columns and ancient sculptures and backdrops and costumes and weapons and vases. It’s an archeological dig waiting for me to discover yet deeper layers of meaning. I don’t know — I can’t part with them.

So I don’t know if I’m done mining this period. Remember when the bear walked over the mountain? What do you think he saw? He saw another mountain! 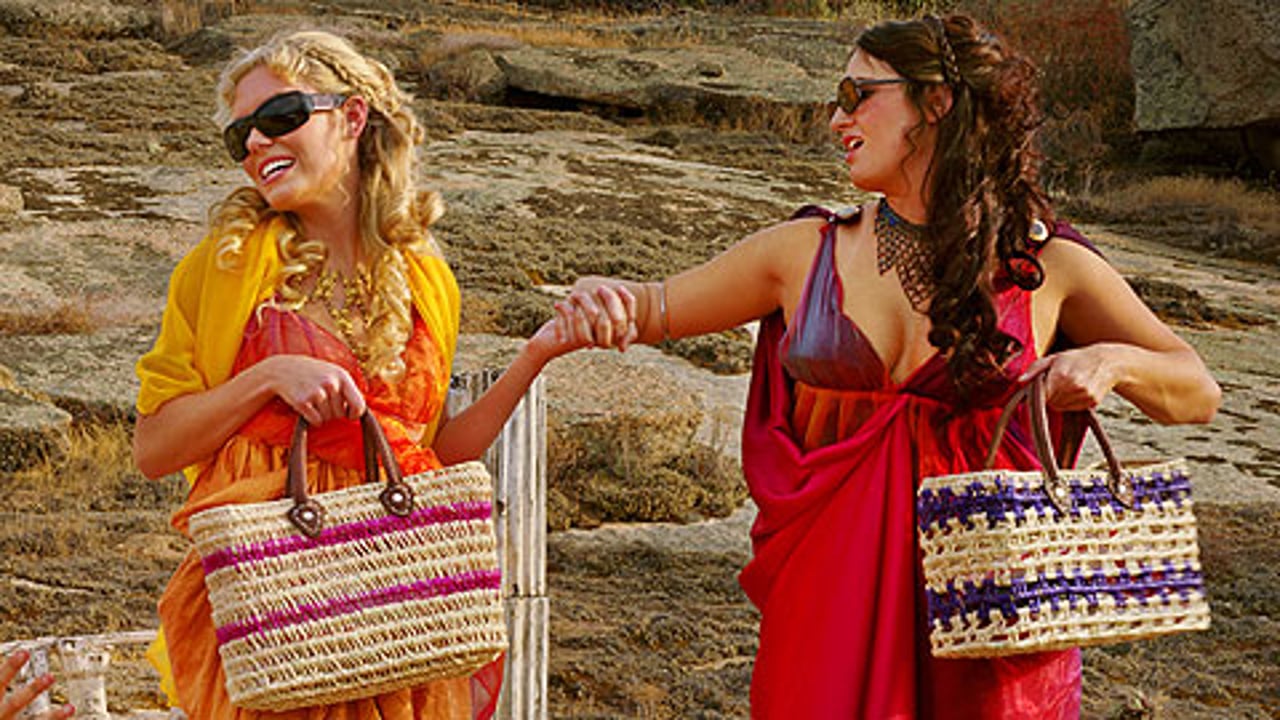