ART21: Homer’s story of Helen of Troy is such a rich parable of beauty and desire. And as an artist, beauty is something that’s your trade. What does beauty mean to you these days?

ANTIN: I’m a sucker for it. I know it’s absurd. It’s like ballet. To me ballet is an image of incredible beauty and incredible pathos. And a little dumb. [LAUGHTER] But that’s part of what I think the beautiful is. You can’t deal with the beautiful if you just don’t know how absurd it is and how dark it is underneath—how mortal it is. It’s got pathos because of its mortality. As Rilke said, “The beautiful is just the beginning of the terrible.”

ART21: The process for making these new photographs—is this the first time you’ve done something that’s a digital composite?

ANTIN: Yes, that was Constructing Helen (2007). I think we shot seven different parts and then collaged them together digitally. The other images are straightforward shots. Though we did have to do a second shot for the bloody head of Homer in the basket in Helen’s Vengeance (2007). But Constructing Helen looked like an insurmountable problem.

For one thing, the collage process felt too clunky because I like doing straight, what you might call old fashioned, photographs with negatives. I’m not putting down the digital stuff. You can’t print such large photographs as mine without working digitally. I work with my printer forever to get all the tonalities and everything just right. But the thought of doing an image that would require seven different shots…

At first I thought we’d do it in one shot by constructing a huge nude plaster sculpture, but the prices that people quoted were unbelievable. And then who could carry such a monster? She would have to be done in pieces, otherwise you couldn’t transport her from her place of origin to the set. I said “Forget it.” It’s impossible. But I wanted to do that image. It haunted me. So I gave in. “Okay, Eleanor, you have to enter the modern world. You have to do the image in pieces.” And after a while, I began to like the idea since that picture is a sort of mega-metaphor for the whole set of metaphors and images in the exhibition. As old Walt would have cheerfully said, it contains multitudes. ART21: One of the things that’s striking is that people often ask “Are these photographs?”—mistaking them for paintings.

ANTIN: Well, yes. That’s because I want them to look like paintings. And sometimes I call them my paintings. I’ve always been addicted to masking, to the slipperiness of genre. I despise purity. It’s so boring. What the Hell, it doesn’t exist, anyway.

I went to the High School of Music & Art in New York. I majored in painting. I was maybe a fifth or sixth generation Abstract Expressionist. That’s the kind of painting I did. And I wasn’t bad at it actually. I still draw. I love to draw. But painting, no, I don’t do that anymore. But I love paintings — other people’s.

I must tell you…when I go to a show in Europe or even in the U.S., I run to the regional or local museum as well as the major ones. Visiting the Louvre in Paris for the first time was an almost violent experience. There they were—this room of Leonardos. And Leonardo da Vinci is not my favorite painter. But I walked in and “Oh, my God.” They’re they were. You know what I mean? It makes me cry even thinking about it, even though I know that’s ridiculous. (By the way, I leave the Mona Lisa out of this experience. That painting is uninteresting. And it was surrounded by a crowd of Japanese teenagers writing furiously in their notebooks, happily leaving the other Leonardos uncrowded and undisturbed for me to look at.)

So, I do love paintings. [LAUGHTER] Okay? Even if they’re old. And done by dead people. [LAUGHTER] ART21: And you have a particular fondness for Rococo paintings, which is very prevalent in these recent photographs. You mentioned once that you think they’re really campy.

ANTIN: Many, many years ago I remember saying in some interview that I would love to have invented Rococo photography. As in a century before photography. Here I am talking about beauty as being a mixture of a kind of pathos and desire—and that’s what the Rococo is about. At least the Rococo painters that I love like Watteau, who was a painter of melancholy. The Rococo isn’t all Boucher with these cute nudes. He is so ridiculous, you have to love him. But an artist like Watteau, and even Fragonard—there’s the kind of beauty that I respond to. 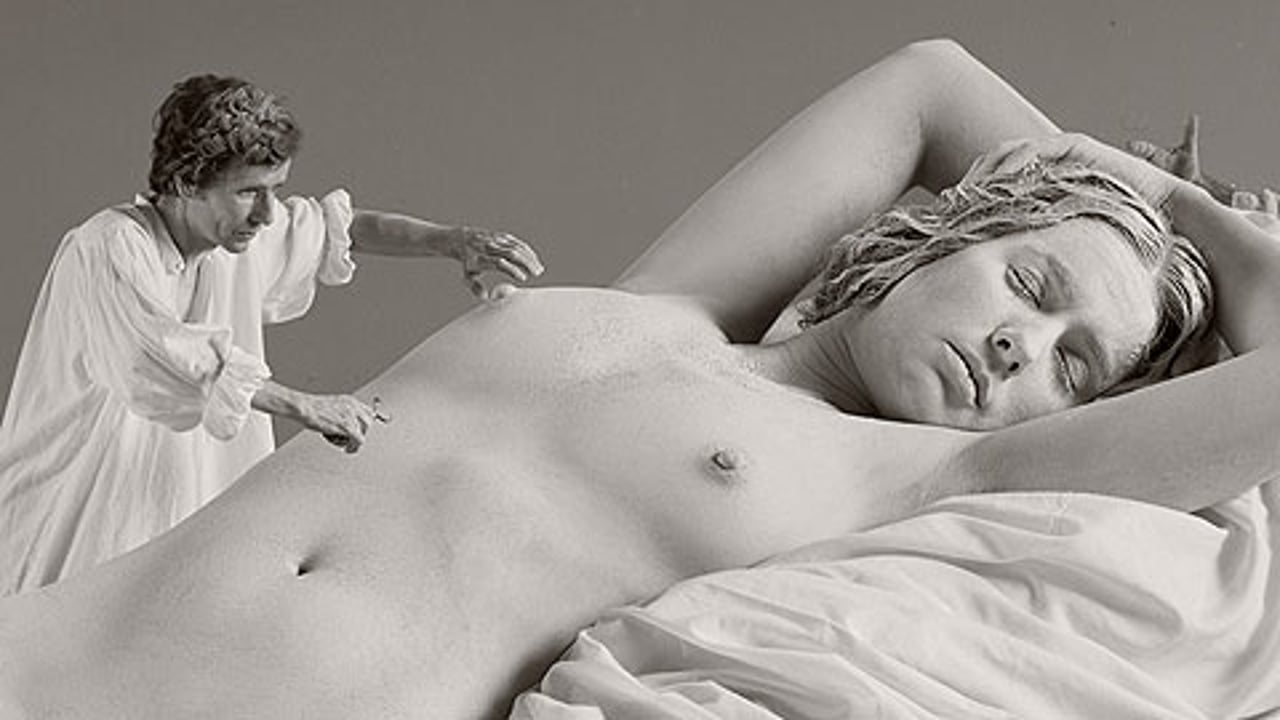