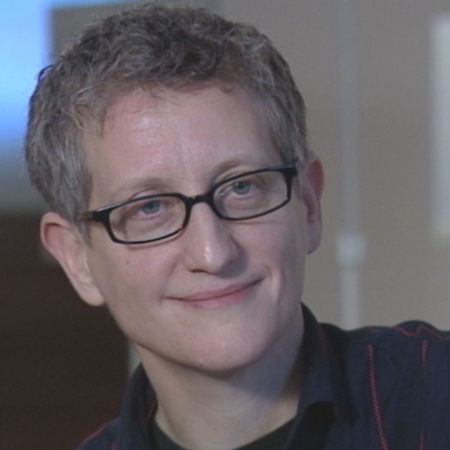 Roni Horn was born in New York in 1955, and lives and works in New York. She received a BFA from the Rhode Island School of Design and an MFA from Yale University. Horn explores the mutable nature of art through sculptures, works on paper, photography, and books. She describes drawing as the key activity in all her work, “because drawing is about composing relationships.” Horn’s drawings concentrate on the materiality of the objects depicted. She also uses words as the basis for drawings and other works. Horn crafts complex relationships between the viewer and her work by installing a single piece on opposing walls, in adjoining rooms, or throughout a series of buildings. She subverts the notion of “identical experience,” insisting that one’s sense of self is marked by a place in the “here-and-there” and by time in the “now-and-then.” She describes her artworks as “site-dependent,” expanding upon the idea of site-specificity associated with minimalism.

Horn’s work also embodies the cyclical relationship between humankind and nature—a mirror-like relationship in which we attempt to remake nature in our own image. Since 1975, Horn has traveled often to Iceland, whose landscape and isolation have strongly influenced her practice. Some Thames (2000), a permanent installation at the University of Akureyri in Iceland, consists of eighty photographs of water, dispersed throughout the university’s public spaces, echoing the ebb and flow of students and learning over time at the university.

Roni Horn received the CalArts/Alpert Award in the Arts, several National Endowment for the Arts fellowships, and a Guggenheim fellowship. She has had one-person exhibitions at the Art Institute of Chicago; Centre Georges Pompidou, Paris; Dia Center for the Arts, New York; and Whitney Museum of American Art, New York; among others. Her group exhibitions include the Whitney Biennial (1991, 2004), Documenta (1992), and Venice Biennale (1997), among others.

Artist Roni Horn discusses the function of titles in her work, and the ways text, image, and sculpture work together in her installations.