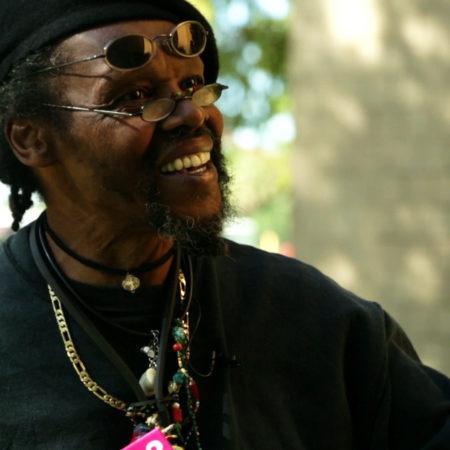 Lonnie Holley was born in 1950 in Birmingham, Alabama. One of the South’s preeminent self-taught artists, Holley lives and works in Atlanta, Georgia. His practice extends from assemblage and sculpture to music. He made his debut as a recording artist in 2012, at sixty-two years old; he has since worked with such figures as Bon Iver, the Dirty Projectors, and Animal Collective.

After a wild and unsettled youth, Holley started making sand sculptures at age twenty-nine and in time began working with found objects and painting. His assemblages, which bring together recycled and natural materials, remain his most widely known works. Holley was included in the 2006 book, The Last Folk Hero: A True Story of Race and Art, Power and Profit, about the collector Bill Arnett, and was featured in the landmark 1981 exhibition, More than Land and Sky: Art From Appalachia, at the National Museum of American Art.