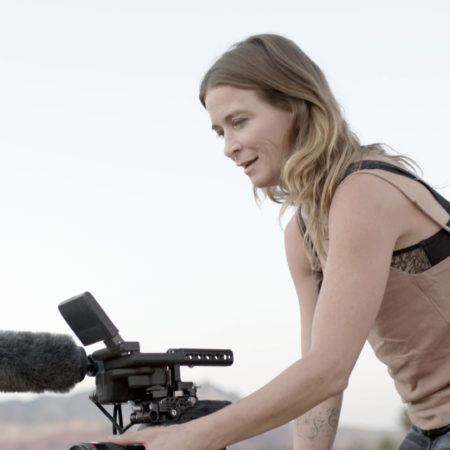 Katy Grannan was born in Arlington, Massachusetts, in 1969. A photographer and filmmaker, Grannan is fascinated by the lives of what she describes as “anonymous people” on the margins of society in the American West. Grannan develops long-term relationships with transient residents, which lead to stunningly beautiful and unsettling portraits.

Grannan’s first feature film, The Nine, is a poetic and emotional study of heartbreak, loss, and euphoria—characteristics of the makeshift community of forgotten and displaced individuals living along the South Nine Street corridor in Modesto, California, where, as Grannan has said, “the American Dream comes to a dead halt.” Working in the lineage of social documentary and pushing at the bounds of cinéma-vérité, Grannan explores the complicated dynamics between an artist and her muses.

“The circumstances of making my photographs are, in a way, almost more important than the pictures themselves.”