Weekly Watchlist: What Role Does Art Play in Protest? Through her performance, Grace Notes: Reflections for Now—originally staged in 2016 as a way to honor the nine churchgoers who were killed one year earlier at the Emanuel African Methodist Episcopal Church—Carrie Mae Weems examines the escalating racial tensions across the United States.

What role does art play in protest?

While some artists may intentionally create works that respond to political circumstances, others may do so by default. Protesting policy, war, or social norms, artists challenge the status quo and give voice to a movement.

An artist and activist, LaToya Ruby Frazier employs and upends documentary traditions as a means to disrupt media stereotypes. Interrogating how the toxic geography of Braddock, Pennsylvania has shaped multiple generations of her family’s bodies and psychology, Frazier’s images of her hometown mirror complex social problems that beset America today such as class inequity, access to health care, and environmental racism.

“The mind is the battleground for photography,” says Frazier.

“My mind was totally deceived and deluded with negative images depicted in the media of myself, of my family, and my community. But now my images can change that.”

What makes art a form of protest? How can artists serve as activists?

#Art21GreatestHits—William Kentridge: Anything Is Possible

Ten years ago, we premiered our first-ever feature-length film on a single artist, the Peabody Award-winning William Kentridge: Anything Is Possible. Art21 board member Natan Bibliowicz shares his memory of the film with us:

“One of the first Art21 films I saw has stayed with me ever since, as it was not only my discovery of the artist, but I was so totally blown away by his fearlessness and freedom in his creative process. In some odd sort of way, he made me think of my son David who is very creative and talented. I wanted to introduce David to this work to further his horizons.” 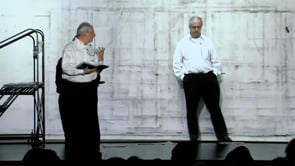 From the Executive Director: Finding Role Models in Artist Mothers