Our year of programming officially begins today with a new season of films from our Extended Play and New York Close Up series. Leading off the new season is our third film with the inimitable Jacolby Satterwhite. Watch now!

Premiering throughout the rest of the winter programming season are new films featuring Hiwa K, Meriem Bennani, Krzysztof Wodiczko, and Bryan Zanisnik. Each will premiere biweekly on Wednesdays at 12:00 p.m. EST through April 1.

But that’s not the only news that we have to share today.

Still to come later this year—in the spring and fall—are two more seasons of films from our Extended Play and New York Close Up series. We are excited to reveal some of the artists making their Art21 debut in those seasons: Michael Rakowitz, Wangechi Mutu, Firelei Baez, and Shaun Leonardo, among others.

Finally, we are also proud to announce that we’ll be returning to television screens this fall with a brand new tenth season of our flagship Art in the Twenty-First Century series. More on that to come in the spring.

For a full overview of the programming announced today, read our press release.

UPDATE: The premiere date for final film in the series has been pushed back to Wednesday, April 15.

From the New York Close Up series; Premiered February 5

Following the installation of the artist’s two largest solo exhibitions to date—at Pioneer Works in Brooklyn and The Fabric Workshop and Museum in Philadelphia—the film features Jacolby Satterwhite discussing how his practice has grown in scale and evolved to include music production, in addition to video, performance, sculpture, and installation. Explaining how artmaking has been a way to process the experience of surviving cancer as a child and his mother’s recent passing, Satterwhite deals with themes of regeneration, healing, and resurrection. 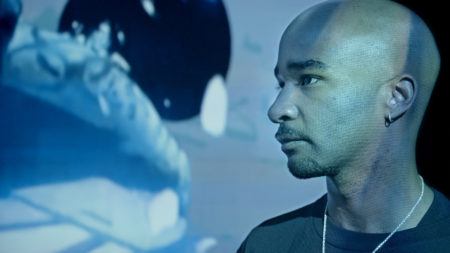 An intimate look at Hiwa K’s video and sculpture installation, The Bell Project, originally presented at the 2015 Venice Biennale and filmed while installed at MoMA PS1 in New York City in 2020. For The Bell Project, the artist worked with an Italian foundry to make a bronze bell out of U.S. and European military waste gathered in his native Iraq. Hiwa K discusses this simple but potent depiction of the circulation of materials and his desire to make artwork that is understandable to those who may feel intimidated by contemporary art. From the New York Close Up series; Premiered March 4

In her second feature with Art21, Meriem Bennani discusses the ways that her signature blend of sculpture and video have helped her to express herself where language has failed. The film includes an in-depth look at Bennani’s most recent exhibitions, including a solo show titled Party on the CAPS at Clearing Gallery, Bushwick and her MISSION TEENS installation at the 2019 Whitney Biennial. Both works deal with the French-speaking culture in Bennani’s home country of Morocco and the effects of colonization, immigration, and diaspora. 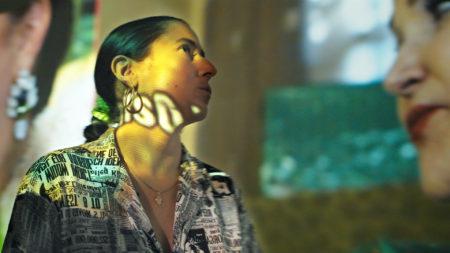 Produced over ten years since Art21 first filmed with the artist, this new film with Krzysztof Wodiczko gives an in-depth look at the artist’s 2020 site-specific commission at Madison Square Park. Titled Monument, the work projects video likenesses and spoken narratives of resettled refugees onto the Park’s 1881 monument to Admiral David Glasgow Farragut. 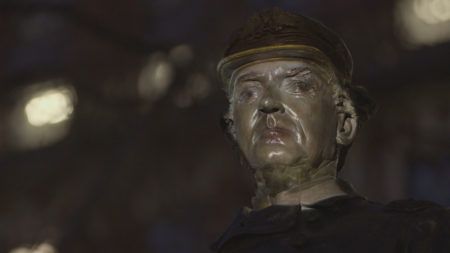 Monument for the Living

From the New York Close Up series; Premiered April 15

Recently returned to New York after living in Sweden for several years, Bryan Zanisnik discusses how he uses humor in his work, the realities of navigating the art world in New York versus Sweden, and how he’s learning to balance the art world’s expectations with his own explorations of content, materiality, and meaning in his work. From the Executive Director: Jacolby Satterwhite Is Real