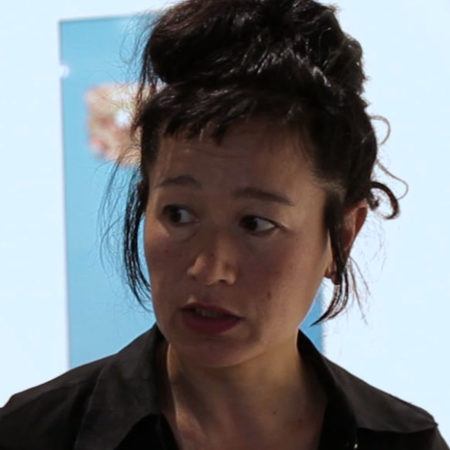 Hito Steyerl was born in 1966 in Munich and now lives and works in Berlin. A filmmaker, philosopher, and cultural critic, Steyerl roots her investigative practice in the proliferation of digital images and the large-scale implications of such circumstances. Steyerl’s work takes the form of essays, lectures, installations, video, and photography.

Considering such topics as the ways in which money enters and influences the art world, post-structural philosophy, free ports, and military propaganda, Steyerl’s practice is both acutely political and timely. In addition to teaching, she cofounded the Research Center for Proxy Politics; operating from 2014 through 2017, the organization hosted lectures and discussions on various topics, including the potential for resistance within a networked society and the role of art in emergency situations.