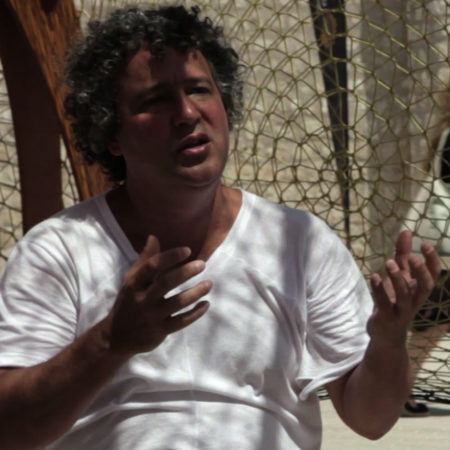 Ernesto Neto was born in 1964 in Rio de Janeiro. He lives and works in Brazil. With formal and conceptual concerns considered in equal measure, Neto’s large-scale immersive sculptures are simultaneously playful and serious.

The artist’s biomorphic forms invite viewer participation while pushing the formal elements of sculpture to new capacities. Inspired by his long-term interest in the tension between nature and culture—between the nature within us and the nature outside of us—Neto’s practice conveys a sense of balance between freedom and fragility. Influenced in part by the Brazilian Neoconcretists, who pushed art from a visual to a physical realm in the 1960s, Neto has said that his work goes beyond representation and that his forms do not represent organisms but rather are organisms themselves.