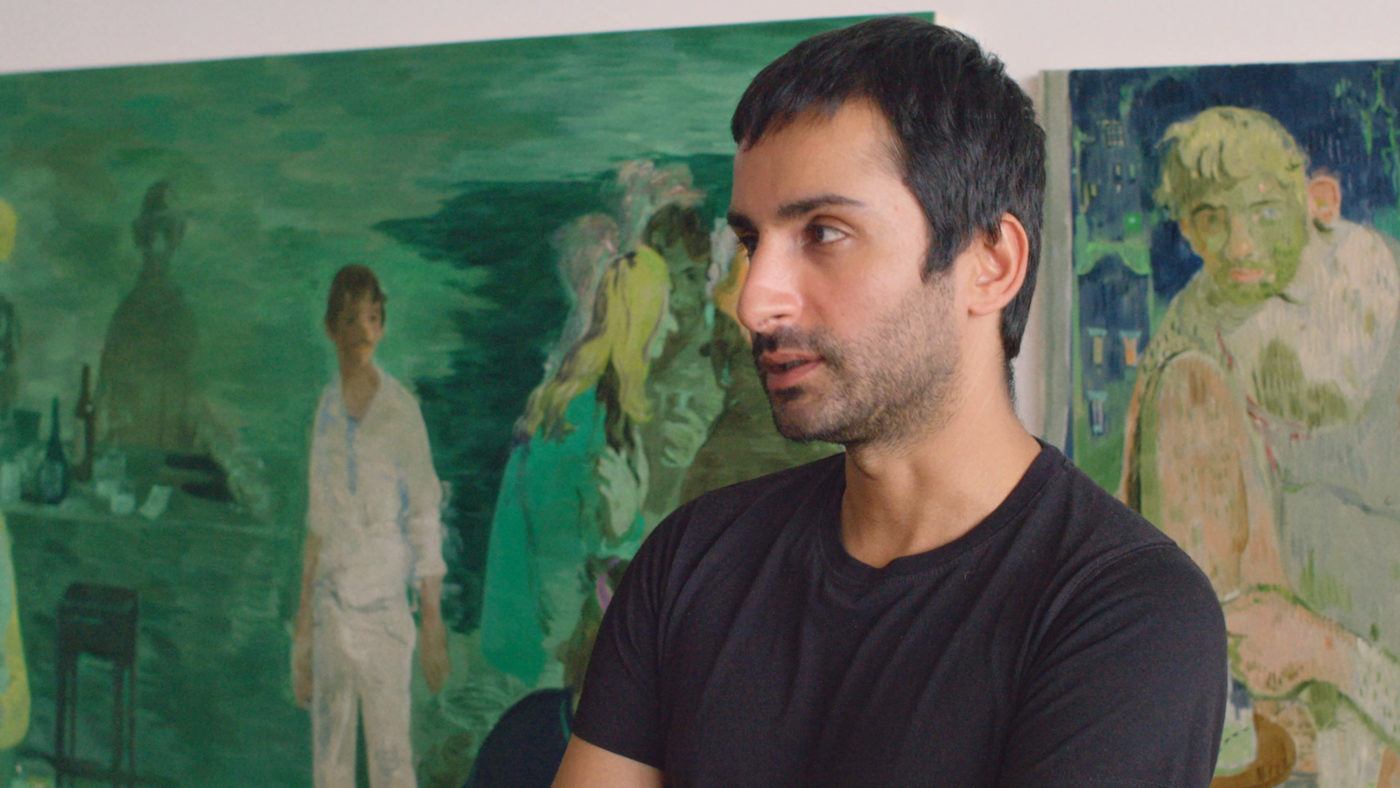 When I was asked to work on this film with Salman Toor, I was really excited—perhaps even a little star struck, as I’m a big fan of his work. I started out as an editorial photographer and would get sent on assignment to the homes and studios of other artists, writers, scientists and public figures. There was always a sort of respectable voyeurism at play—and a nervous heartbeat, as a stranger invited me into their world and shared vulnerable parts of themselves only because I was holding a camera. I could see behind the curtain and look at books that lined their walls, family photos from childhood, and even how messy or tidy their spaces were.

The idea of being able to inhabit Salman’s world in a similar way but over the course of a few months, felt like a return to a kind of work that I really miss. There’s so much swirling around in his paintings. Watching him work, I was so struck by the calmness of his process (and his wry sense of humor), and how his highly planned compositions give way to a lot of discovery once he is in front of a canvas. I really appreciated our meandering conversations about art history, the Ashcan school, the 90s X-Men cartoon and his experience of moving to rural Ohio from Lahore, Pakistan.

His work turns the Euro-centric canon of art history on its head to question whose likeness is allowed to reside within the frame and who is given the opportunity to paint it. But even while dealing with often heavy subject matter, his pictures still manage to convey a curious, heartbreaking, hilarious, amorous, expression of who he is in the world. Whether steered by celebration or angled by aspiration, the artists in our Lobbying for Liberation collection transfer their experiences into advocacies for greater freedoms.

Examine the connected identities of Doris Salcedo, peel back the narrative layers in the work of Trenton Doyle Hancock, and draw from memories with Lari Pittman in our Lobbying for Liberation collection. In our final programming season of 2021, we are delighted to deliver five new films across our Extended Play and New York Close Up series.