In a new film from our Extended Play series, Stephanie Syjuco navigates the deeply embedded visual tropes of American history applied in her practice. Preparing an installation for the Renwick Invitational at the Smithsonian American Art Museum, Syjuco lays out garment patterns for creating American-prairie- and Civil-War-antebellum style dresses. Though self-admittedly not historically accurate, the dresses serve to act as signifiers, conjuring images of specific time periods in American history, as well as the tropes of womanhood, Western expansion, and Puritanism that viewers may associate with such garments. 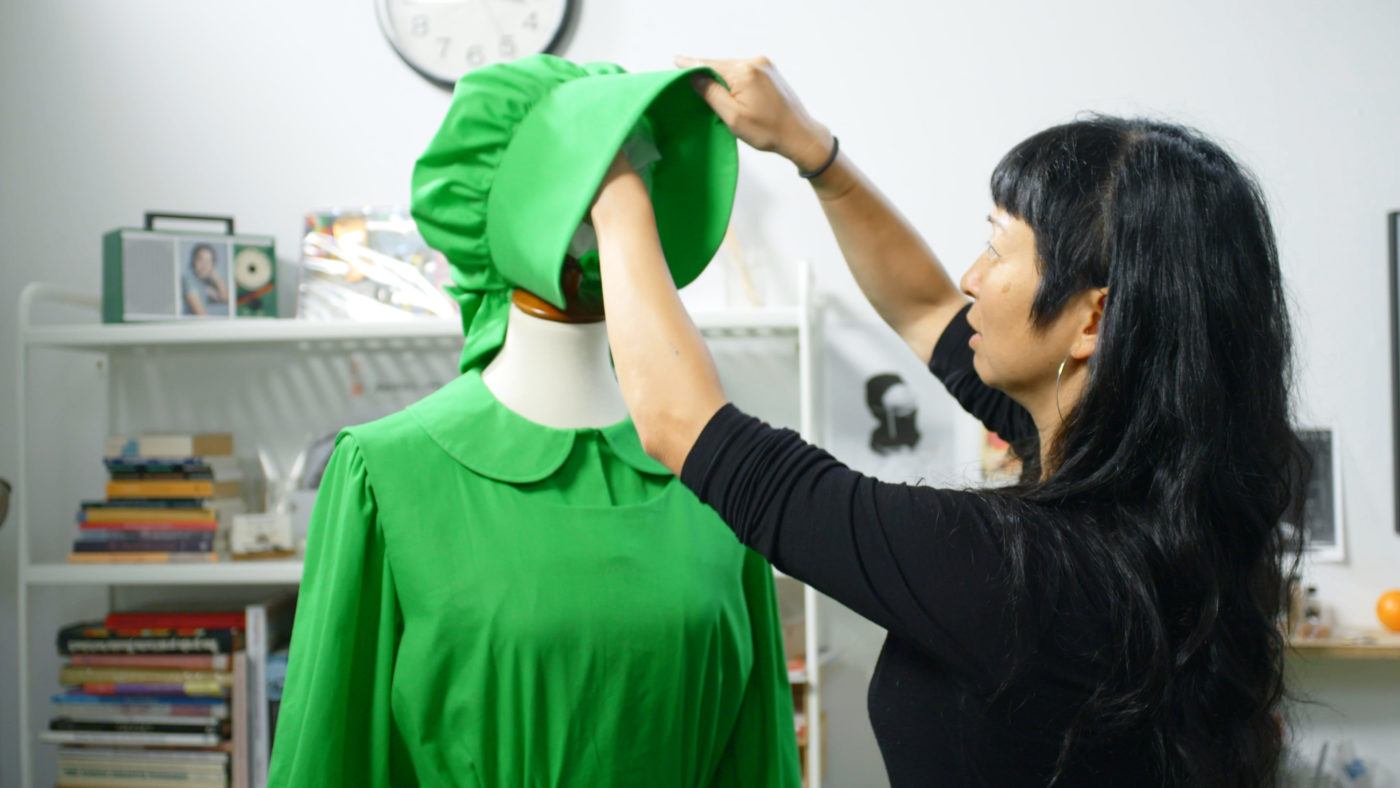 The dresses are made with a chroma key green fabric, a color typically used as a temporary backdrop for photo and video shoots—replaced in post-production and never intended to be seen. “The idea of American history is so embedded in our national psyche that it’s almost invisible,” says Syjuco. “It’s like manifesting ghosts, hauling forward all of this American history.”

From the Executive Director: Dispatches from Digital