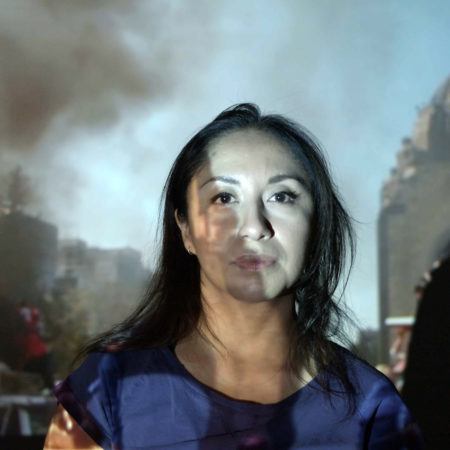 Minerva Cuevas was born in Mexico City in 1975. She’s a conceptual and socially-engaged artist who creates sculptural installations and paintings in response to politically-charged events, such as the tension between world starvation and capitalistic excess. Cuevas documents community protests in a cartography of resistance while also creating mini-sabotages—altering grocery store bar codes and manufacturing student identity cards—as part of her non-profit Mejor Vida Corp / Better Life Corporation.

Art21 Educator Alisa Rodny shares an assignment she developed where students “partner” with an artist from the Art21 archive to collaborate on a piece using their own style as a model.